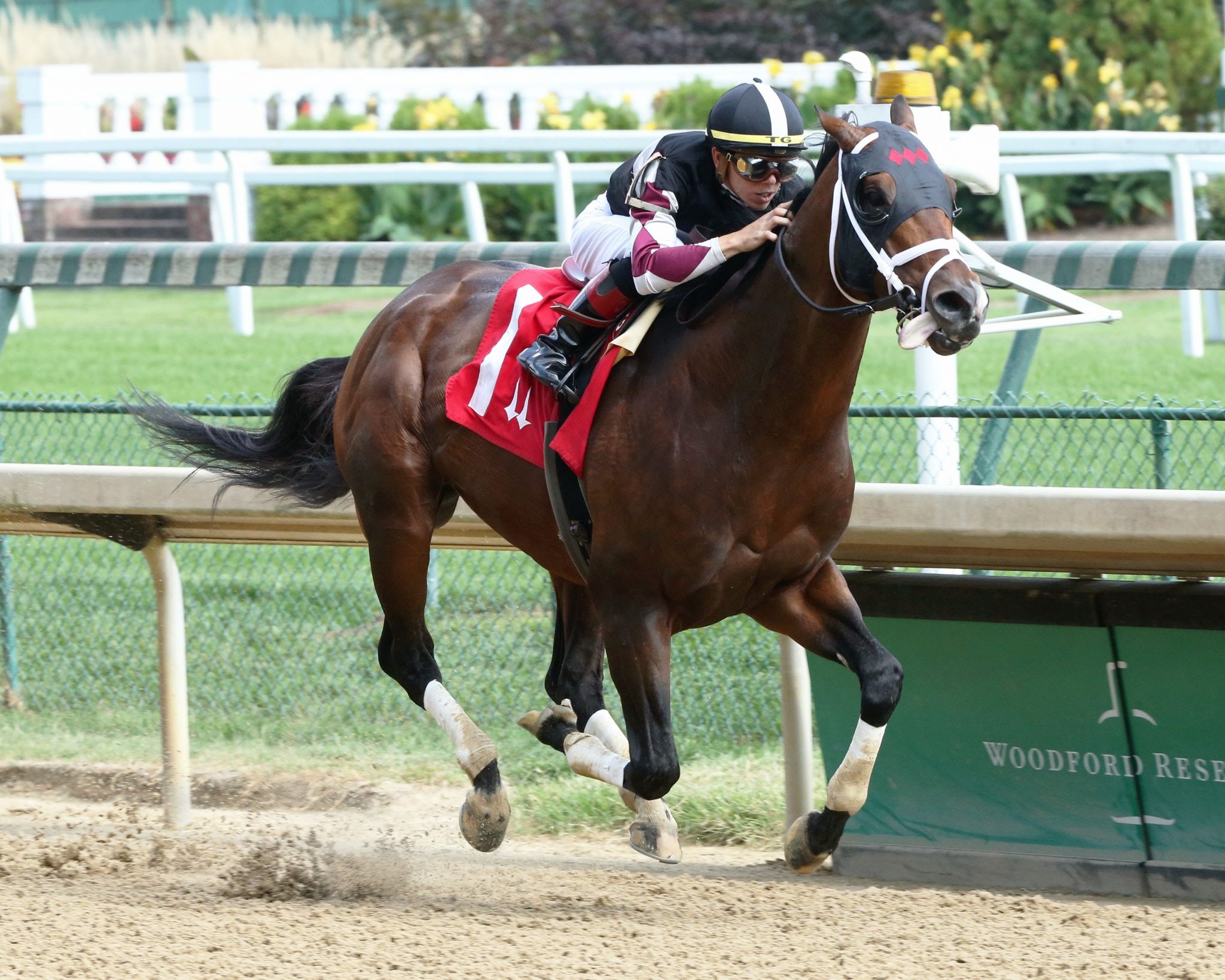 Although a foot issue will likely sideline World of Trouble from the 2019 Breeders’ Cup at Santa Anita, the prospective field for the Breeders’ Cup Sprint (G1) has grown more intriguing in recent weeks.

Two developments—a rebound from Mitole and the return of Roy H to serious training—have restored a couple of key players to the spotlight. Meanwhile, a game but losing effort from Shancelot and a powerful win against easy competition for Recruiting Ready have shaken up other areas of the division.

We’re six weeks out from the Sprint, and a few big prep races remain. Here’s how I rank the top contenders. After he posted a massive 121 Beyer speed figure in the Amsterdam Stakes (G2) at Saratoga, it was only natural to expect some regression from Shancelot in the seven-furlong H. Allen Jerkens Stakes (G1) four weeks later. He did regress significantly, yet he was only beaten two noses for victory he raced over a dead rail down the homestretch. Judging from Shancelot’s continued sharp workouts at Monmouth Park—including five furlongs in a bullet :57 flat September 15—he might rebound against older horses in the six-furlong Santa Anita Sprint Championship (G1) on October 5. I still think he is the most gifted sprinter in training. After he returned to form in explosive fashion with his track record-setting victory in the July 27 Alfred G. Vanderbilt Handicap (G1) at Saratoga, Imperial Hint took things easy for the remainder of the summer. Following the script of his 2018 campaign, Imperial Hint has been resting up for a start in the September 28 Vosburgh Stakes (G1) at Belmont, which he won decisively last year. A repeat victory will set him up for another run at the Breeders’ Cup Sprint, and perhaps his third attempt will be the charm. He’s placed second and third the last two years. The two-time defending Breeders’ Cup Sprint champion is facing a tight schedule in his quest to win the race for a third consecutive year. He finally returned to the work tab September 21 at the San Luis Rey Training Center, where he covered three furlongs in an easy :38 2/5. If his training proceeds in uninterrupted fashion, he might be back to peak fitness in time for the Breeders’ Cup. He is unlikely to receive a prep race beforehand, which means he would enter the Breeders’ Cup off a challenging 9 1/2-month layoff. Following his surprise defeat in the Vanderbilt, Mitole rebounded win the seven-furlong Forego Stakes (G1) at Saratoga in 1:20.80, which broke the stakes record and missed the track record by just two-fifths of a second.

But here’s the problem—all of Mitole’s signature victories have come running seven furlongs to a mile, distances where he can relax a bit during the opening quarter-mile. In his three grade 1 triumphs this season, Mitole has sprinted the opening quarters in about :22.46, :22.33 and :23.05—modest fractions by the standard of the six-furlong Breeders’ Cup Sprint. When Mitole was forced to sprint the opening quarter of the six-furlong Vanderbilt in :21.77, he came up empty in the stretch. Might the shorter distance of the Breeders’ Cup Sprint be too sharp for Mitole? Although Recruiting Ready is just 1-for-9 in graded stakes company, he demonstrated impressive speed in a six-furlong optional-claiming allowance September 13 at Churchill Downs. After he dueled for the lead through blazing fractions of :21.11 and :43.71, Recruiting Ready put away his challengers and drew off to score by 2 1/2 lengths in 1:08.10 for a 105 Beyer. If he fires off another big effort in the Phoenix Stakes (G3) at Keeneland next month, Recruiting Ready could emerge as a viable Breeders’ Cup Sprint contender.
Racing