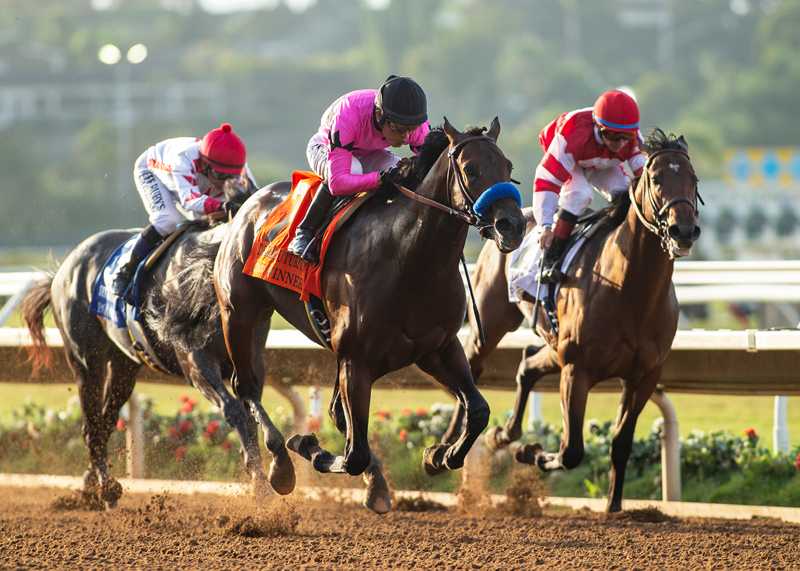 The Breeders' Futurity Stakes is both a Win and You're In Breeders' Cup prep-race as well as a stop along the Road to the Kentucky Derby. Winners of the race will find an automatic birth into the Breeders' Cup Juvenile and earn 10-4-2-1 points based on their finish position.

The History of the Breeders' Futurity Stakes

One of the mainstays of the juvenile racing calendar, the Breeders’ Futurity was first run in 1910, and moved to Keeneland in 1938, when the race was won by subsequent Kentucky Derby and Belmont Stakes winner Johnstown.

The Breeders’ Futurity is a Breeders’ Cup Challenge “win and you’re in” qualifier for the Breeders’ Cup Juvenile; over the years, Tasso, Boston Harbor, Favorite Trick, and Classic Empire all won both races.

It also forms part of the Road to the Kentucky Derby series. The first four horses across the line earn qualifying points on a 10-4-2-1 basis. Two Breeders’ Futurity winners besides Johnstown have gone on to win the Kentucky Derby: the Triple Crown winner Whirlaway, and Swale.

The race is currently sponsored by Claiborne Farm, which has over the years won the race five times as an owner.