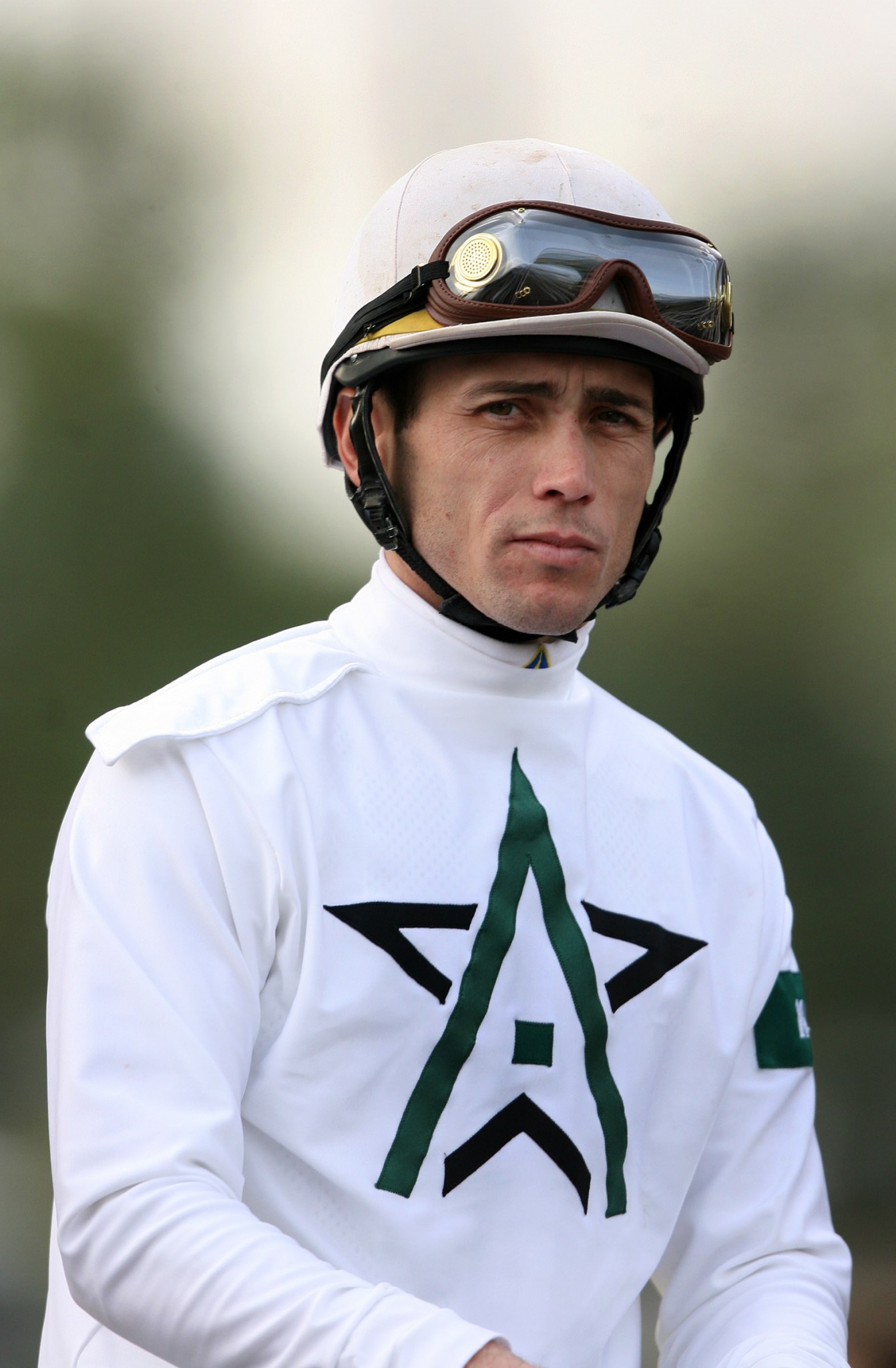 My apologies for being so late on this blog. It's taken me some time to come to the realization that Garrett Gomez has passed away. Gomez started hitting it big around the time that I moved to Los Angeles, 1997. In fact, Garrett's mounts won over $5.85 million in 1997. For three straight years from 2006 through 2008, his mounts took home over $20 million.

It's going to take me a while to get over his death. He was easily the best jockey that I've ever seen ride in person. In this blog, I don't want to discuss the circumstances of his passing. Instead, I want to celebrate the man's life by talking about Garrett's three rides that I'll never forget.

I read this about Garrett's ride aboard Blame in a piece by Jay Hovdey, "Two days before Gomez rode Blame to a narrow victory over Zenyatta in the 2010 Breeders' Cup Classic, the jockey suffered a broken right arm and scapula in a fall on the Churchill Downs turf. He later wryly noted that it was a good thing he didn't need to switch the whip to get the job done, because he couldn't move his arm."

Watch the race and then think about that for a moment. Garrett beat Zenyatta aboard Blame with a broken arm.

Before my dad developed dementia, he and my brother used to meet me at Del Mar every summer for the Pacific Classic. It was one of those family traditions that none of us ever took for granted. In 2000, my dad was all over a three-year-old named Tiznow. I was on Skimming. The way that Skimming responded to Garrett's handling in the 2000 P. Classic is something to behold. Tiznow would go on to beat Giants Causeway in the 2000 Breeders's Cup Classic while Garrett and Skimming would defend their P. Classic victory in 2001.

This is one of my favorite rides of all time. Don't get me wrong, at the time I was upset. Why?  I had everything, I mean, everything, keyed to odds-on favorite Leroidesanimaux to win the 2005 Breeders' Cup Mile. Trained by Bobby Frankel, the son of Candy Stripes had won 8 races in a row. He had taken down graded wins at Santa Anita, Hollywood Park, Woodbine and Saratoga. Leroidesanimaux went off at $1.35 to 1 to win the 2005 BC Mile.

He was a lock. Until, he wasn't. Garrett, like he had done so many times before aboard a longshot, muscled Artie Schiller home first. It was one of the greatest rides I had ever seen because Garrett not only beat the lone lock on the BC card, but he also beat 2004 BC Mile winner Singletary and top European milers such as Gorilla and Ad Valorem.