The $350,000 Championship at Sunland Park (G1), scheduled for Sunday, December 27, was canceled due to inclement weather. The 400-yard feature will now be run on Sunday, January 3, with no change to the original post position draw.

Citing one of the worst winter storms in over 30 years, Sunland track officials felt the cancellation was necessary to the safety of the horses, riders and patrons. 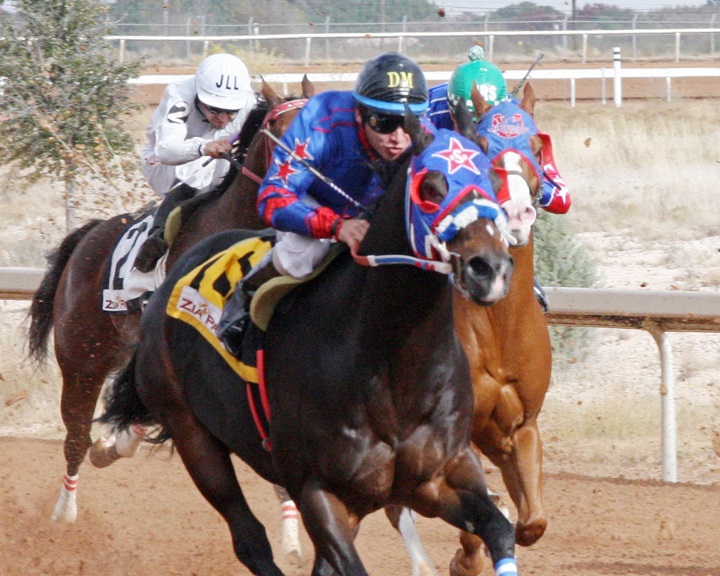 One of the determining factors in rescheduling the Championship at Sunland Park, is that as a Grade 1 for older horses, the winner would be in consideration for AQHA year-end honors.

The Texas-bred son of Winners Award, co-owned by trainer Brian Stroud and his wife, Dana, earned his berth into the 400 yard stakes off his victory in the 2015 Zia Park Championship (G1).

Regular rider Damian Martinez will be aboard the bay gelding, who will make his 25th career start at Sunland. He has won 15 races to date with career earnings of $479,931.

His nine rivals include Mad About the Moon, runner-up in the 2014 All American Futurity at Ruidoso Downs; Hobbs America Futurity champion, Takiana Romanova; Jess Featureme Quick, runner-up in the Sunland Championship Challenge and Zoomin Effortlessly, who has won five in a row, including the Refrigerator Handicap at Lone Star Park in October.

On Monday, January 4, an AQHA Champions Selection committee will convene in Dallas, Texas to cast their votes on several categories of 2015 champions. Honors will be granted for  2-year-olds, fillies and mares, stallions, aged geldings and distance horses. The voters will also decide on which Quarter Horse will be crowned AQHA world champion, the most prestigious honor in the industry.