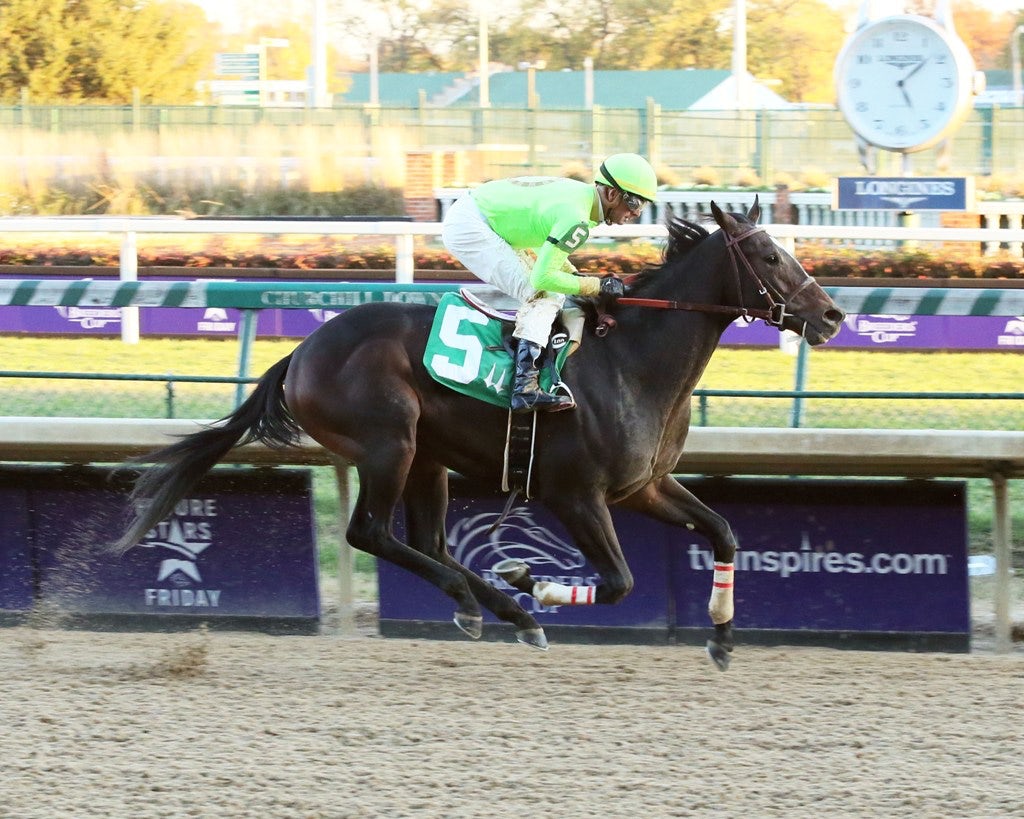 Up-and-coming two-year-olds with an eye on the 2019 Kentucky Derby and Kentucky Oaks are among the many talented horses entered in the six stakes races scheduled for December 22nd at Fair Grounds.

It’s yet another action-packed Saturday of high-class racing at the New Orleans track, which opened its annual winter meet on December 1st. In chronological order, the highlights on this massive 14-race card include….

#6 Kitten’s Cat might not be a frequent winner, but he’s a consistent and classy colt who enters off a third-place finish against a strong field in the Aqueduct Turf Sprint Championship. A repeat would put him in the mix for victory, though #3 Kid Perfect—runner-up in the Twin Spires Turf Sprint (gr. III) earlier this year—is another entrant with solid form lines, while the Maryland Sprint Handicap (gr. III) winner #7 Switzerland and the recent Thanksgiving Handicap winner #2 Wynn Time could be dangerous if this race gets rained off the turf.

This six-furlong sprint for juvenile fillies has drawn a field stacked with promising young runners, including the stakes winner #5 Adventurous Lady, the runaway Fair Grounds maiden winner #4 Idle Hour, the Darley Alcibiades Stakes (gr. I) competitor #9 Lady TnT, and the undefeated trio of #2 Bell’s the One, #3 Smila’ssenseofsnow, and #10 Unholy Alliance, all of them 2-for-2 so far. Even if you don’t place a bet, this race is worth watching—it would come as no surprise to see it produce a Kentucky Oaks contender or two.

The graded stakes winners #1 Prado’s Sweet Ride, #2 I’m Betty G, and #6 Beau Recall have a perceived class advantage in this nine-horse field, but the up-and-coming #7 Take These Chains has won four of her five starts for hot trainer Brad Cox and could be a serious threat to the established stars.

Just how good might #7 Tom’s d’Etat be? The son of Smart Strike recently returned from a long layoff to win a one-mile allowance race at Churchill Downs by 7 ¼ lengths, earning his third straight victory and a third straight triple-digit BRIS speed figure. He’ll be the one to beat for trainer Al Stall, Jr., though last year’s Tenacious winner #6 Cooptado is back again and the three-year-old #5 Snapper Sinclair is returning to the site of his nose defeat in the Risen Star Stakes (gr. II) last winter, so they’re horses to watch as well.

#7 Oscar Nominated has lost his best form as of late, but perhaps the drop in class from graded stakes company can trigger a rebound as he returns to Fair Grounds, where he has yet to finish out of the trifecta in four starts. Otherwise, we could see a victory from his Queen’s Plate Stakes-winning stablemate #1 Sir Dudley Digges or perhaps #2 Great Wide Open, runner-up in the Shadwell Turf Mile (gr. I) two starts back.

#4 Cajun Firecracker, a stakes winner against Florida-breds, is set to face off against the impressive Churchill Downs allowance winner #5 Hog Creek Hustle in this six-furlong sprint for two-year-olds. But the stakes-experienced #7 Manny Wah has kept good company and #9 Super Steed enters off a powerful allowance win of his own at Churchill Downs, so this is far from a two-horse race.

Want to get in on the action? The card kicks off at 1:30 p.m. Eastern.
Racing