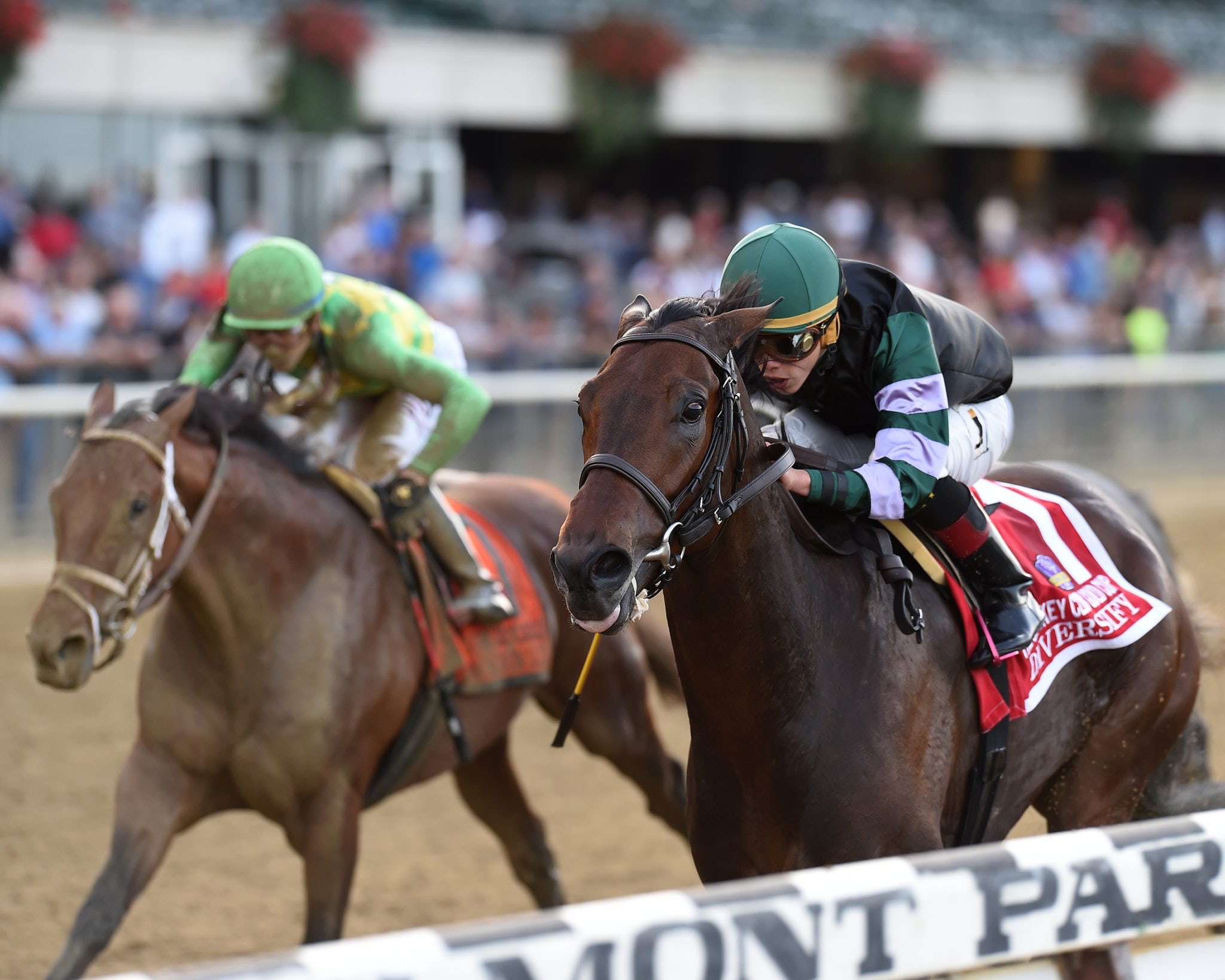 It’s not every day that you see a proven Grade 1 winner running in a race for state-breds, but such will be the case when Diversify runs in Monday’s $200,000 Commentator Stakes at Belmont Park.

The one-mile Commentator is the ninth race on a card packed with stakes races for New York-breds, and perhaps as a result of its hefty purse, the Commentator has attracted a field that could be mistaken for that of a graded stakes race.

Naturally, all eyes will be on , who finished second by a nose in the 2017 Commentator. That effort was followed by three straight victories, culminating with a gate-to-wire triumph in the ten-furlong Jockey Club Gold Cup (gr. I) at Belmont that stamped Diversify as a player on racing’s biggest stages.

Unfortunately, road trips for the Clark Handicap (gr. I) in Kentucky and the Charles Town Classic (gr. II) in West Virginia resulted in fourth- and seventh-place finishes for Diversify, who will now drop back in against fellow New York-breds to seek a return to the winner’s circle. Regular rider Jose Ortiz will be in the saddle for trainer Richard Violette, Jr.

Another runner with graded stakes experience is Uncle Sigh, a seven-year-old veteran that placed second in the 2014 Withers Stakes (gr. III) and Gotham Stakes (gr. III). He’s been claimed four times since last summer, but gets into the Commentator carrying just 114 pounds—nine less than Diversify—and could have a chance to make an impact in his second start for trainer Chris Englehart.

Weekend Hideaway defeated Diversify in the 2017 Commentator, and while he’s gone 0-for-6 since then, the eight-year-old son of Speightstown has plenty of back class and can never be counted out of the mix. The same can be said of Control Group, a former claimer that has won six of his last eight starts for trainer Rudy Rodriguez, including the Discovery Handicap (gr. III) at Aqueduct in November. The four-year-old son of Posse is a force to reckon with and has enough speed to challenge Diversify for early supremacy.

The consistent Mr. Buff and the recent allowance winners Jewel Can Disco and Can You Diggit also possess a lot of early speed, which should ensure that the pace of Commentator unfolds at a rapid tempo. That could potentially play to the strengths of Mike Lee Stakes winner T Loves a Fight, Affirmed Success Stakes runner-up Pat On the Back, and the stakes-placed Papa Shot, who are among the few horses in the Commentator field that do their best running from off the pace.

Post time for the Commentator is 5:50 p.m. Eastern.
Racing