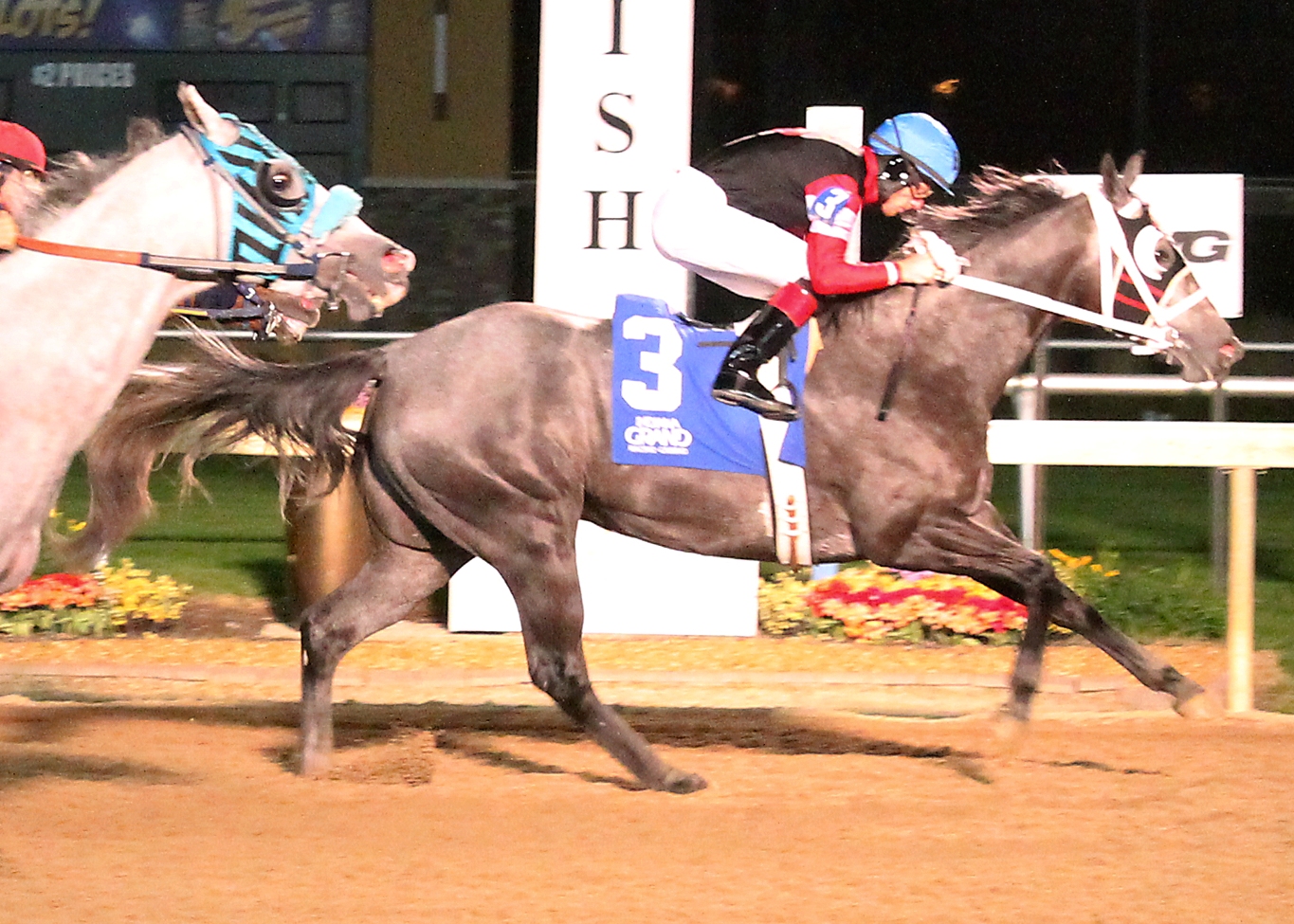 Indiana Grand Race Course in Shelbyville will host the final of their six All Quarter Horse cards this Saturday, October 24. There will be eight races, including five stakes with purses in excess of $700,000.

The richest race of the card is the $193,500 Miss Roxie Little Futurity, with the ten fastest qualifiers from trials run on October 10. Beach Bum Eddie posted the fastest qualifying time, winning his trial in :17.672 seconds under jockey Cesar Esqueda. The son of leading Indiana sire Escondido Beach was installed as the 3-1 second betting choice, with favoritism given to BV I Know You Rider. The Teller Cartel gelding won the $133,000 Jaguar Stakes on July 4 and has only lost once in four starts. Megatron Harry, who will break from post position two, is another capable entrant with four wins from six starts at Indiana Grand.

The $120,200 Sterlie Bertram Memorial for 3-year-olds at the distance of 400 yards will serve as another match-up between Hand of Doom and Beach Cartel. Neither of the two Indiana-bred champions has been off the board in their careers. Hand of Doom never started as a 2-year-old, but has an impressive record of 3 wins and two seconds from five starts for trainer Anthony Cunningham. Beach Cartel, trained by Randy Smith, surpassed the $100,000 mark in career earnings with five wins to date. This has been a record-setting year for Smith, who leads both in wins and earnings this meet in the Quarter Horse standings.

The Sterlie Bertram Memorial was named in honor of Sterlie Bertram, who was instrumental in getting the Indiana Quarter Horse Breeders Association going. He even went out to Texas to get races approved at the Indiana State Fairgrounds prior to pari-mutuel racing in the state.