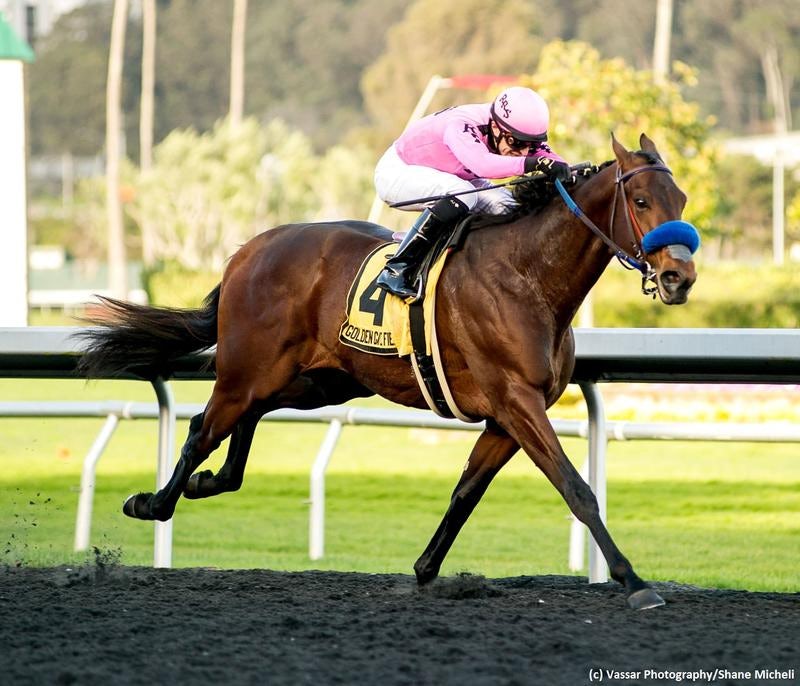 Kentucky Derby Future Wager Pool 3 will be open for betting this weekend, just in time for a massive Saturday of racing that includes four Road to the Kentucky Derby prep races.

Heralded youngsters like Game Winner, Improbable, and Instagrand are among the favorites on the morning line, but if you’re like many bettors and want to lock in a big price on a horse with untapped potential, here are four morning line 50-1 shots for you to consider:

#1 Anothertwistafate: With three wins by a combined 16 lengths over the Tapeta track at Golden Gate Fields, it’s easy to view Anothertwistafate as a synthetic specialist. But that might be a mistake, since this son of Scat Daddy has been a front-running sensation with the ability to finish fast down the homestretch and dominate his rivals. He ran the final furlong of the El Camino Real Derby in just over :12 flat, and we’ll get a chance to see him on dirt in the March 24 Sunland Derby (gr. III) at Sunland Park.

#6 Galilean: He has yet to run particularly fast on the Beyer speed figure scale, but this California-bred son of Uncle Mo sold for $600,000 as a 2yo-in-training and has lived up to expectations so far with three wins from four starts. Trained by Jerry Hollendorfer, Galilean has been especially effective since stretching out around two turns, winning the King Glorious Stakes and California Cup Derby against state-breds by a combined 13 ½ lengths. He’ll get tested for class in the March 16 Rebel Stakes (gr. II) at Oaklawn Park.
#13 Intrepid Heart: He might be too far behind schedule to make the Derby field, but this stoutly-bred son of Tapit is a half-brother to the 2014 Belmont Stakes runner-up Commissioner, so stamina shouldn’t be a question mark. He looked powerful winning his debut going a mile on February 18 at Oaklawn Park, setting the pace before pulling away to win by 7 ¾ lengths. Trainer Todd Pletcher is having a quiet winter so far, but perhaps Intrepid Heart can turn his luck around.

#23 Win Win Win: This son of Hat Trick won’t be anywhere near 50-1 if he runs like I think he will in the March 9 Tampa Bay Derby (gr. II), which will mark his graded stakes and two-turn debut. At distances up to seven furlongs he’s showcased an absolutely wicked turn-of-foot, most recently breaking a track record in the Pasco Stakes at Tampa Bay Downs, a race where he ran the second quarter-mile in approximately :21 2/5. In terms of raw talent, Win Win Win might be as good as any horse on the Derby trail.
Racing