History points away from proven stars in 2019 Hopeful Stakes 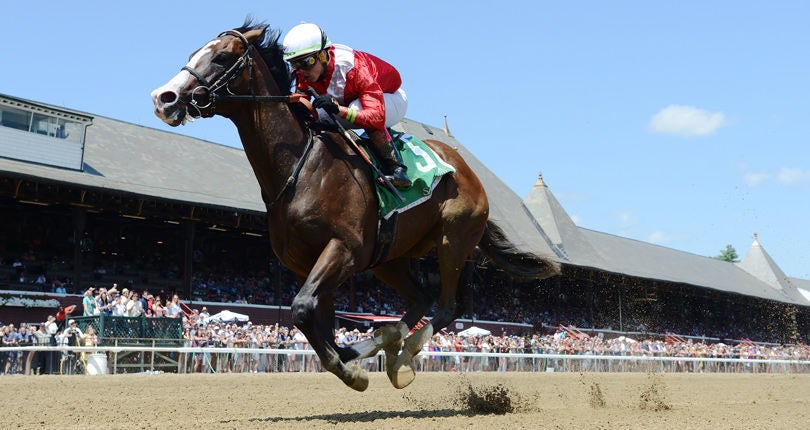 Technically speaking, the Sanford Stakes (G3) and Saratoga Special Stakes (G2) at Saratoga were designed to be local springboards toward the $350,000 Runhappy Hopeful Stakes (G1), the track's feature race on Labor Day.

But when was the last time a Hopeful winner actually prepped in the Sanford or the Saratoga Special? You have to go all the way back to Vineyard Haven, who utilized a third-place finish in the 2008 Sanford as a steppingstone to victory in the Hopeful and—ultimately—the Breeders' Cup Juvenile (G1). The last ten Hopeful winners all prepped elsewhere; actually, eight of them were last-out maiden winners coming into the Hopeful.

So I guess you can say the 2019 Sanford winner #5 By Your Side and the 2019 Saratoga Special victor #3 Green Light Go will be fighting history in the Hopeful. Yes, they were decisive winners of the local preps, but perhaps this is an indication that they ran too hard, too soon and will be poised for regression in Monday’s seven-furlong juvenile test.

Besides, in terms of Beyer and Brisnet speed figures, they aren’t exactly clear standouts. Steve Asmussen’s #7 Basin finished just a nose behind By Your Side in their mutual debut at Churchill Downs, and Basin came back to post faster speed figures (86 Beyer and 96 Brisnet) in a six-furlong maiden race at Saratoga on July 21. That was one of the deepest maiden events of the meet (fellow Hopeful starter #2 American Butterfly was an also-ran), and Basin fits the historical profile of a typical Hopeful winner.

But Basin will lose regular jockey Ricardo Santana, Jr. for the Hopeful. Santana has elected to ride Basin’s stablemate #4 Gozilla, who posted similarly fast speed figures (84 Beyer and 91 Brisnet) while cruising to victory by 4 ½ lengths in a six-furlong Saratoga maiden race on August 10. The son of Flatter was tons the best, effortlessly opening up a clear lead down the backstretch and around the far turn before cruising home under a hand ride. Visually, he looked great, racing professionally and giving the impression of being an experienced runner rather than a first-time starter.

The Hopeful Stakes is a tough race to decipher, and hitting exotics like the trifecta will require careful investment. I personally will keep history on my side while favoring Basin and Gozilla on top, but I’ll spread deep underneath while crossing my fingers for a semi-predictable outcome: