How to bet horizontal wagers at the Breeders’ Cup 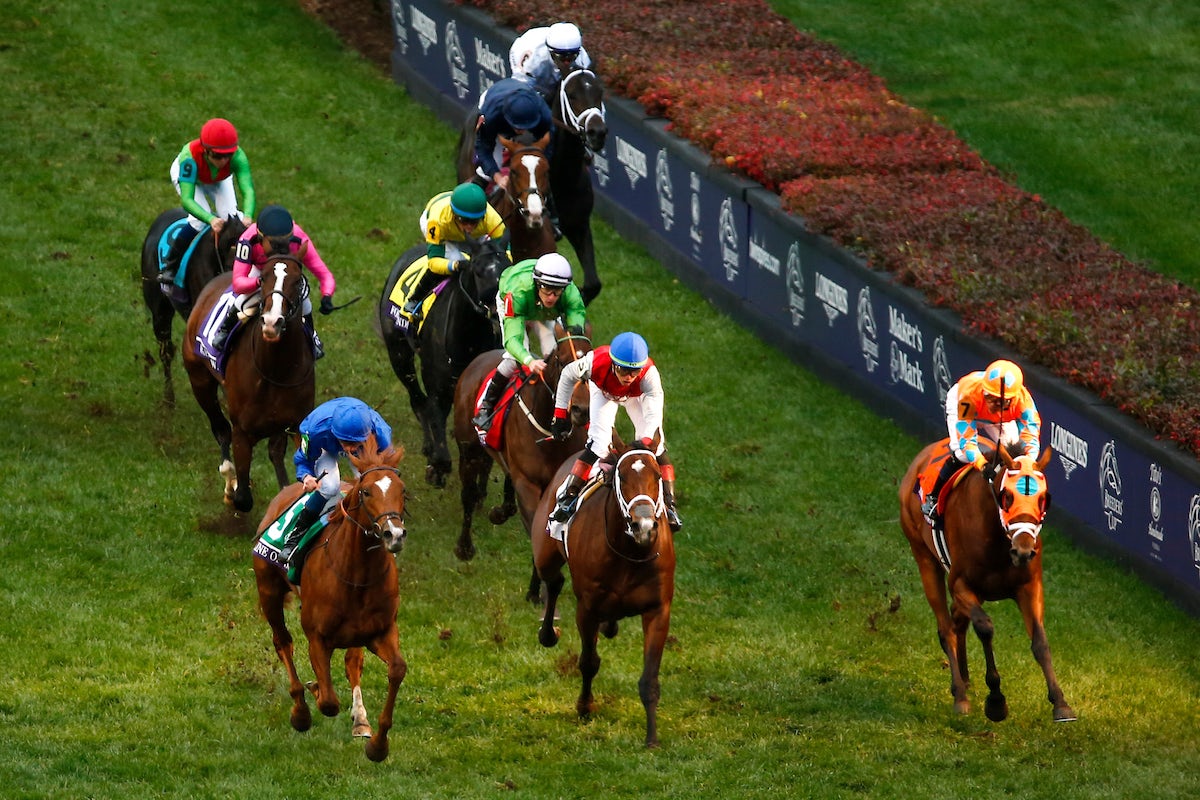 While betting to win, place and show is simple and straightforward, some of the most enjoyable (and challenging) bets in racing are "horizontal" wagers, which require bettors to pick the winners of consecutive races.

You’ll never find a better opportunity to play horizontal wagers than at the Breeders’ Cup. With multi-race wagers like doubles, Pick 3s, and Pick 4s scattered throughout the card, you can play almost any sequence of consecutive races that catches your eye and enjoy ultra-competitive, championship horse racing at the same time.

Betting multi-race wagers is simple. For each leg of the sequence, you can include as many horses as you believe have a chance to win. Let’s say you’re betting a Pick 3, and you can’t choose between three horses in the first leg. That’s OK—you can include them all, and if any of them prevail, you’ll advance to the second leg.

Calculating the cost of multi-race wagers is also straightforward. Just create a quick multiplication problem involving the number of horses you're using in each leg, times the base cost of the ticket. Let’s say you’re betting a $2 Pick 3 with three horses in the first leg, two horses in the second leg, and one in the third. The cost is 2 x 3 x 2 x 1, or $12.

Want to learn the subtle nuances of betting multi-race wagers? Our step-by-step guide to building a Pick 3 ticket is a great place to start.

Now that you’ve gotten the basics down, which multi-race wager should you tackle first at the Breeders’ Cup? The answer will be determined by your budget, your skill and your handicapping opinions.

Many handicappers like to play the late Pick 4 on Saturday, which culminates with the prestigious $6 million Breeders’ Cup Classic (G1). The annual pool size is huge (running into millions of dollars), and payoffs can be impressive.

But the ;ate Pick 4 tends to feature some of the most competitive races of the entire championships, so inexperienced bettors might want to start with a shorter and easier sequence. This year the Pick 3 beginning with the Breeders’ Cup Filly & Mare Sprint (G1) could be an appealing target. Scheduled as the fourth race Saturday, the Filly & Mare Sprint features a couple standout favorites in Covfefe and Come Dancing, so bettors on a budget will have a strong chance to survive the first leg if they use just two horses.

The second leg is the Breeders’ Cup Turf Sprint (G1), a significantly more challenging race with tons of viable contenders. But you can afford to spread deep in the Turf Sprint (and hopefully catch a longshot winner), because the third and final leg of the Pick 3 is the Breeders’ Cup Dirt Mile (G1). A small field is expected for this one-mile race, with Omaha Beach looming as perhaps the most likely winner of the entire Breeders’ Cup.

Good luck with your wagers!
Racing