How to bet the 2019 Arlington-Washington Futurity 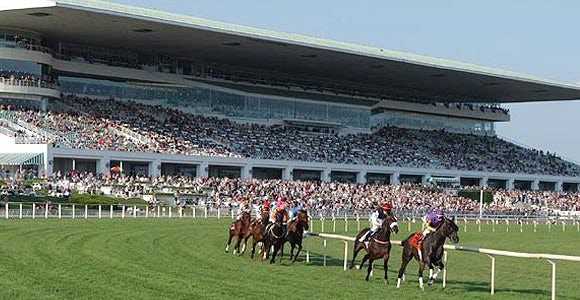 There are no certainties in horse racing, but it seems reasonable to conclude #2 Vincent William will be tough to beat in Saturday’s $75,000 Arlington-Washington Futurity at Arlington International Racecourse.

What’s not to like? The gray gelding was terrific in his debut at 4 1/2 furlongs over the Arlington Polytrack on June 22, when he opened up a huge early lead and cruising home 4 3/4 lengths on top, despite some green racing down the homestretch. His fast final time (:51.84) translated to strong speed figures (82 Beyer and 89 Brisnet), and Vincent William’s performance was flattered when runner-up #6 Peruvian Boy came back to break his maiden at Arlington and finish fourth in the Saratoga Special Stakes (G2).

Vincent William then gave grass a try in a 5 1/2-furlong allowance race at Colonial Downs, where he pressed the pace and faded to finish third, but now returns to Arlington, where trainer Larry Rivelli has saddled 69 winners from 191 starters this meet to lead the trainer standings.

I expect Vincent William’s early speed and apparent affinity for Polytrack to win the day, even though he will stretch out to seven furlongs f0r the Arlington-Washington Futurity. Since he will be a short price, I’ll key him in a few large trifectas while otherwise using only Peruvian Boy and the Godolphin homebred #3 Breckenridge.

Breckenridge was no much for Peruvian Boy when he finished fourth in the latter’s maiden win July 13, but returned to break his maiden by 8 4/5 lengths over the same track and distance as the Arlington-Washington Futurity. The race didn’t come back fast on speed-figure scales (58 Beyer and 77 Brisnet), but Breckenridge is a son of Elusive Quality out of a Street Cry mare, so he’s bred to improve with distance and maturity. His proven success over seven furlongs isn’t to be underestimated, and trainer Michael Stidham has fared well with his Godolphin juveniles in recent years.