How to Bet the Exacta 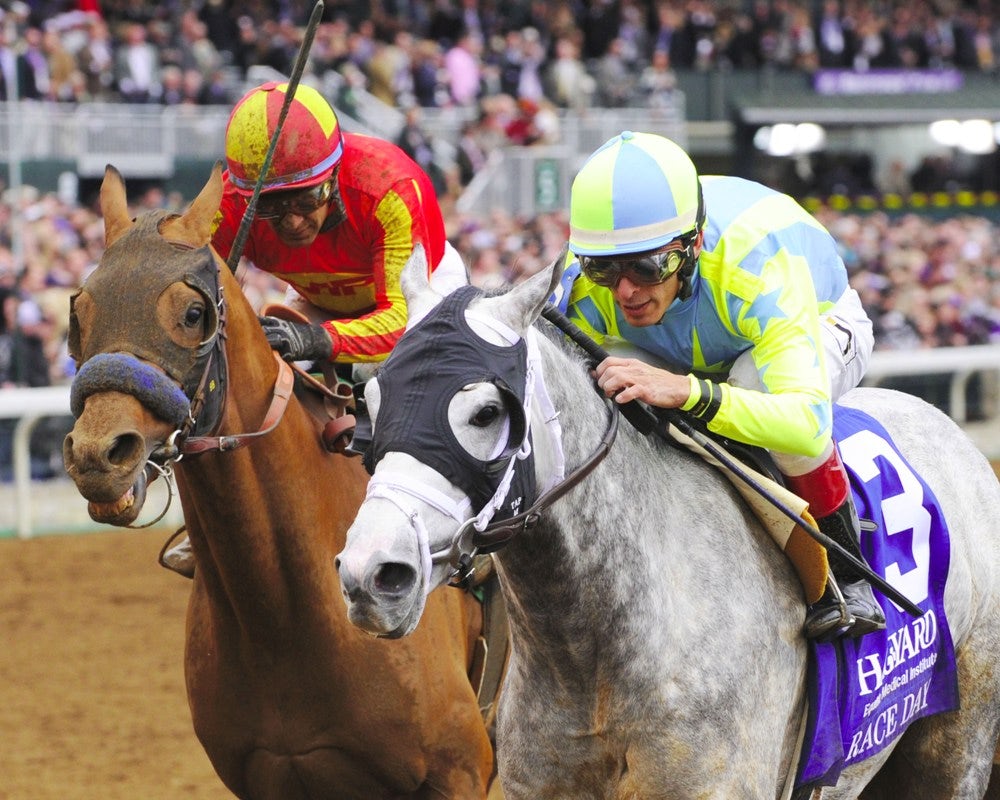 If you’re just getting started betting on horse races, you might be confused by the multitudes of wagering options available, with many types boasting unusual names that aren’t necessarily self-explanatory.

But never fear—BetAmerica is here to help! We’ll introduce you to the different types of bets, explain the terminology, and provide tips on how to effectively structure your tickets. Let's kick things off by taking a look at the "exacta."

What is the Exacta?

The exacta is perhaps the simplest of the “exotic” bets that going beyond the traditional win, place, and show bets that have been available for decades. The concept is simple—betting the exacta requires you to pick the top two finishers of a race in the correct order. Not too hard, right?

Of course, in reality, playing the exacta is a little more complicated, because you’re not restricted to picking just one horse to win and one horse to finish second. In theory, you could include every horse in a race for both first and second place, guaranteeing that you’ll have a winning ticket regardless of the race outcome… but of course, this is expensive and a good way to lose money, since the winning payoff is unlikely to cover the cost of playing so many different combinations.

So what is an effective way to play the exacta? Let’s use the 2018 Suburban Stakes (gr. II) at Belmont Park as an example. Trainer Bob Baffert has an exceptional record at Belmont Park, as does his multiple Grade 1-winning veteran #8 Hoppertunity, who won the 2016 Jockey Club Gold Cup (gr. I) over the same track and distance as the Suburban. I think Hoppertunity is the horse to beat, with his speedy Grade 1-placed stablemate #5 Dr. Dorr and the 2017 Belmont Stakes (gr. I) winner #4 Tapwrit being the other major contenders. Based on these opinions, let’s explore some of the ways that I could play the exacta in the Suburban.

“Boxing” horses is a common way to play the exacta and provides bettors with insurance if they’re having trouble splitting hairs to determine which horse is the most likely winner and which is most likely to finish second.

Let’s say that I view Hoppertunity, Dr. Dorr, and Tapwrit as equals in the Suburban Stakes, without any preference for one over the others. I could then play a 4,5,8 exacta box, and if any two of those runners run 1-2 in either order, I’ll have the winning ticket.

However, boxing horses can quickly become expensive—a $2 exacta boxing three horses costs $12. Adding a fourth horse doubles the cost to $24, while a fifth horse jumps the price to $40. If you’re boxing that many horses, you’d better be confident that the winning payoff will be greater than the cost of playing the ticket.

Many times, my preferred approach to betting the exacta is to play a part-wheel favoring one horse over the others. In the Suburban, since I believe Hoppertunity is a more likely winner than Dr. Dorr or Tapwrit, I could play an “8 with 4,5” exacta—in other words, an exacta that features Hoppertunity alone on top while adding Tapwrit and Dr. Dorr for second place. This is much less expensive— than an exacta box a $2 ticket costs just $4—but it also requires Hoppertunity to win the race and doesn’t cover for the possibility that he could finish second.

Another option, and my preferred choice for the Suburban, is to play two exacta part-wheels using Hoppertunity as the “key horse” on my tickets. In addition to playing the “8 with 4,5” exacta, I can play a second ticket reversing the first one—in other words, a “4,5 with 8” exacta. Now, I’m banking on Hoppertunity finishing either first or second with Tapwrit or Dr. Dorr occupying the other slot, and the cost—just $8 for a $2 ticket—is still reasonable.

In this particular race, I like this approach better than an exacta box since it reflects my opinion that Hoppertunity is going to be tough to beat while simultaneously covering for the possibility that he could receive a tough trip and wind up finishing second behind Tapwrit or Dr. Dorr. Now, if Tapwrit and Dr. Dorr run 1-2, I’ll miss out on the winning ticket that could have been had by playing the three-horse exacta box mentioned earlier, but I’m okay with that since my focus as a handicapper is on Hoppertunity and I don’t want to lose sight of that while betting.

(Note: You could also place this same wager in the form of an "Exacta Key Box Bet" of "8 with 4,5," which allows you to place both bets with a single ticket. However, if you're just getting started, this can be confusing and you might inadvertently play a single "8 with 4,5" exacta part-wheel instead and miss out on a winning ticket if Tapwrit or Dr. Dorr upsets Hoppertunity.)

In any case, I’m looking forward to watching the Suburban and seeing how the race unfolds! Good luck with your bets!
Racing