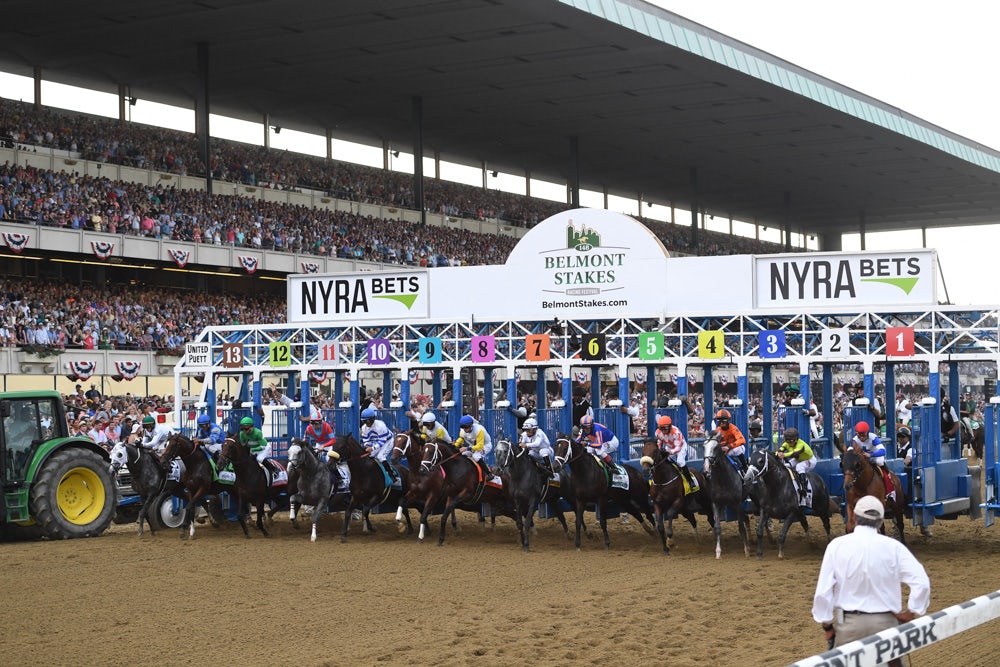 From out of nowhere, Belmont Park has turned a quiet, post-Labor Day weekend into a stakes-laden showpiece afternoon of racing.

On Saturday, September 7, Belmont will inaugurate three stakes races worth a combined $2.05 million. The $1 million Jockey Club Derby and the $750,000 Jockey Club Oaks will be broadcast live on NBC Sports, while the $300,000 Grand Prix American Jockey Club will serve as the first leg of an appealing Pick 4 wager.

With large, competitive fields and a lack of clear-cut favorites, this Pick 4 has the potential to produce a large payoff. Let’s go through the sequence and come up with a ticket on a ~$50 budget.

#7 Marconi, #8 Rocketry and #4 Realm were separated by a half-length when they finished 1-2-3 in the Brooklyn Stakes (G2) over this track and 1 1/2-mile distance in June. Any one of these three is capable of winning the Grand Prix American Jockey Club on their best day, but might newcomer #5 Highland Sky spring a surprise? After he raced almost exclusively on turf for four years, Highland Sky contested an off-the-turf edition of the 1 1/4-mile John’s Call Stakes at Saratoga and blasted his rivals by 8 1/4 lengths to earn a career-best 109 Brisnet speed figure. Highland Sky has stamina in abundance and if dirt turns out to be his true strong suit, he can outrun expectations in the Grand Prix Jockey Club.

There’s hardly any speed entered in this 1 3/8-mile race, which could favor the chances of #2 Romantic Pursuit and #5 Love So Deep, the only fillies who possess any tactical speed on paper. Their form lines are solid, and I’m optimistic one or the other will prevail, but #4 Desert Ride (winner of the 1 1/4-mile Wonder Where Stakes at Woodbine) and #8 Art of Almost (who finished a strong third against older mares in the grade 2 Dance Smartly Stakes two starts back) also warrant inclusion.

The European shipper #9 Spanish Mission is my top choice for trainer David Simcock, who has sent five runners to score graded stakes wins in North America since 2012. Spanish Mission’s proven stamina should come in handy while traversing 1 1/2 miles, a distance most of his North American rivals have yet to negotiate. But just in case Spanish Mission stubs his toe, I’ll also use Belmont Derby (G1) winner #3 Henley’s Joy and American Turf Stakes (G2) winner #8 Digital Age, two runners compromised by a slow pace in the Saratoga Derby a month ago.

The nine New York-breds entered in this seven-furlong sprint are a generally uninspiring lot, but #1 Champagne Chills appears well-spotted after he was disqualified from victory in a $40,000 maiden claiming race for state-breds at Saratoga last month. He’ll be dangerous on the drop in class and has the tactical speed to work out a forwardly placed trip, but we’ll also include #8 Legion Storm, a consistent runner who recorded two runner-up efforts against this class level at Saratoga. Legion Storm is trained by Rob Atras, who wins at 27% in maiden claiming races.