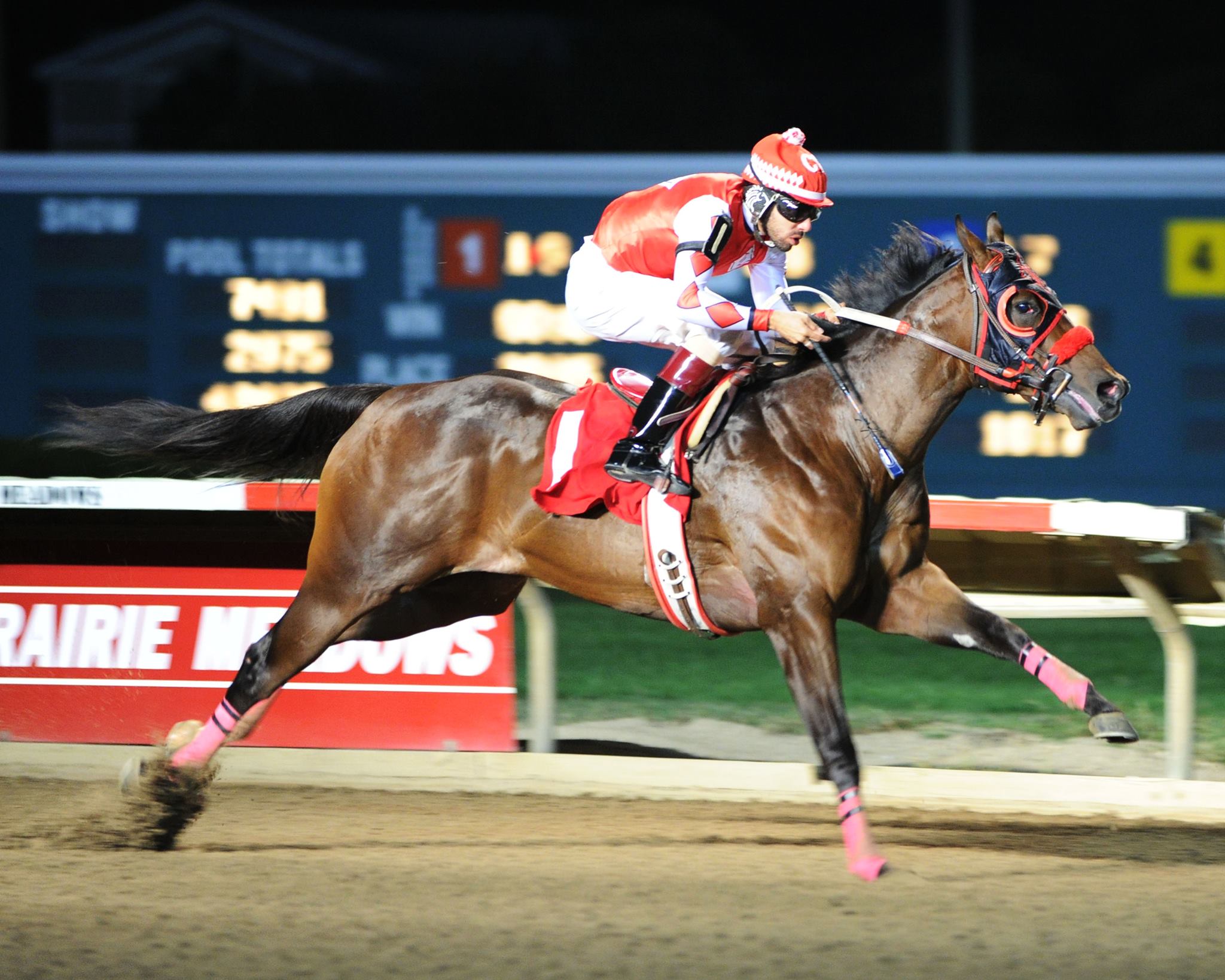 Prairie Meadows in Altoona, Iowa will close out its 2015 live Quarter Horse season on Saturday, October 10 when they present Iowa Quarter Horse Champions Night. Over $800,000 in purses will be up for grabs as well as titles for the leading owner, trainer and jockey of the meet.

Tom Lepic's multiple stakes winner The Fiscal Cliff drew the outside post in a field of 10 for Saturday's $200K Jim Bader Futurity. Lepic was the breeder of Spit Curl Diva, one of the most celebrated Iowa-bred Quarter Horses. The Fiscal Cliff is trained by Kasey Willis and will be ridden by Cesar Gomez.

The eight-race card will also feature the final of the $106,477 Altoona Derby with the ten-fastest qualifiers from trials run on September 25. Michael Teel's Ajs High, a true "horse for the course" had a perfect five race win streak at the Iowa racetrack heading into Altoona Derby trials. He was fractious in the gate and finished sixth. However, the striking son of Apollitical Jess still ran fast enough (:19.926) to set the eighth fastest qualifying time for the 400-yard final. Last year's John Deere Juvenile Challenge Championships winner, trained by Charley Hunt, will represent Iowa again this year in the $200,000 Adequan Derby Challenge Championship at Lone Star Park on November 7.

The final race of the evening is the $213,557 Valley Junction Futurity, not restricted to Iowa-breds. Undaunted, trained by Brian Muse, was the fastest qualifier in trials run on September 26.

Good luck to each of the contenders in Iowa Quarter Horse Champions Night!
Racing
Loading...