Keeneland: 9 Breeders' Cup preps on the agenda for opening week 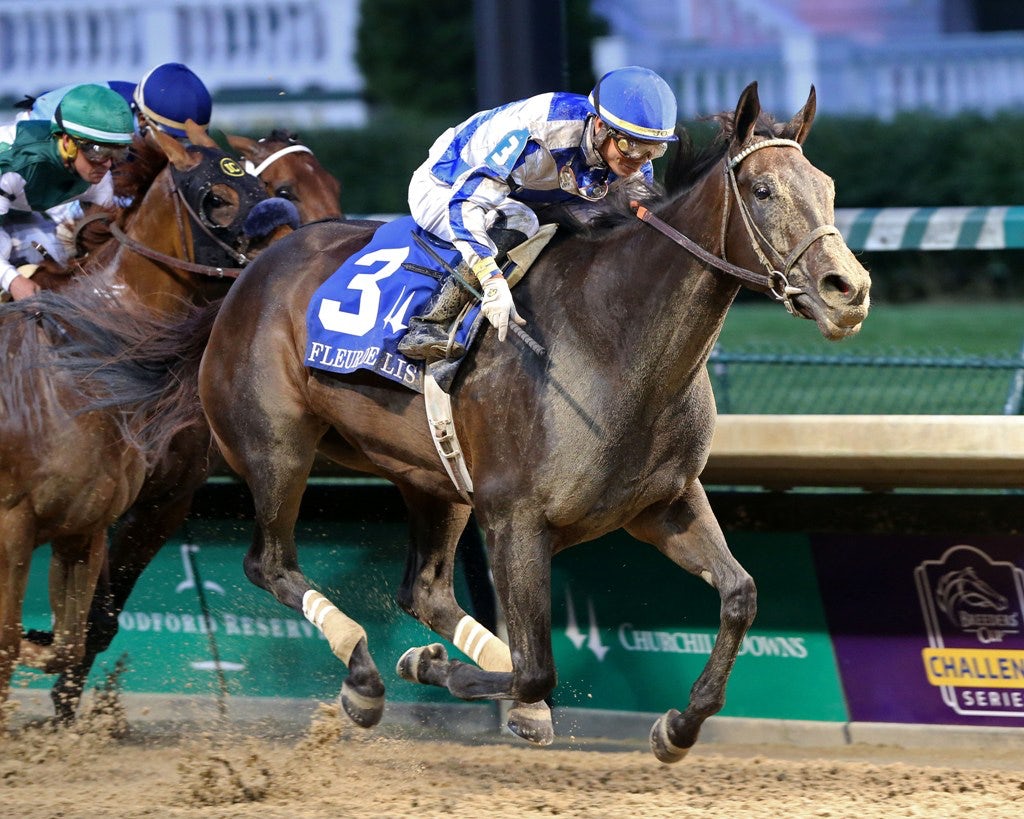 On a huge opening weekend of racing at Keeneland, nine “Win and You’re In” qualifiers for the November 1-2 Breeders’ Cup will be conducted.

With the action spread across Friday, Saturday and Sunday, you won’t want to miss a single day of racing. To help you stay up to speed, here’s a quick rundown of all Keeneland’s Breeders’ Cup preps, including race numbers and post times (all times Eastern).

Past Breeders’ Cup Sprint (G1) participants #1 American Pastime (fourth in 2017), #3 Whitmore (second in 2018) and #7 Promises Fulfilled (fourth in 2018) will square off in this speed-laden, six-furlong dash. A wild card is 3-year-old #6 Hog Creek Hustle, the winner of the Woody Stephens Stakes (G1) against his own age group.  A late runner he appears poised to receive a perfect pace setup. But can he hold his own against older rivals?

#7 Perfect Alibi won the Adirondack Stakes (G2) and Spinaway Stakes (G1) sprinting during the summer at Saratoga. If this Mark Casse-trained daughter of Sky Mesa can handle 1 1/16 miles and emerge victorious in the Alcibiades, she’ll take command of the division and vie for favoritism in the Breeders’ Cup Juvenile Fillies (G1).

#8 Chalon, runner-up by just a head in the 2018 Breeders’ Cup Filly & Mare Sprint (G1), will use the six-furlong Thoroughbred Club of America Stakes as a springboard toward another Breeders' Cup run. Victory won’t come easy, though—not with Madison Stakes (G1) winner #3 Spiced Perfection and Humana Distaff (G1) victor #6 Mia Mischief in the field.

#11 Rushing Fall won the 2017 Breeders’ Cup Juvenile Fillies Turf (G1) and boasts a 4-for-4 record at Keeneland, so this Chad Brown-trained daughter of More Than Ready will be widely expected to win the one-mile First Lady. But if she does, will she accept the “Win and You’re In” berth to the Breeders’ Cup Filly & Mare Turf (G1)? The 1 1/4-mile distance might be longer than Rushing Fall prefers. In any case, winning the First Lady is the first step, and Rushing Fall will have to be on her toes to defeat the versatile #6 Vasilika, who has shipped east after winning 14 of her last 17 starts in California.

#2 By Your Side is the big name in this 1 1/16-mile qualifier for the Breeders’ Cup Juvenile (G1), off a convincing win in the Sanford Stakes (G3) and a fifth in the Hopeful Stakes (G1) at Saratoga. But he’ll face a couple of promising maiden winners at Keeneland, including #1 Tap It to Win (who beat the next-out winner Complexifier by 3 1/2 lengths at Saratoga) and #10 Gouverneur Morris (who crushed a half-dozen rivals by nine lengths at Saratoga).

A competitive group of milers will vie for a “Win and You’re In” berth to the Breeders’ Cup Mile (G1). #1 Next Shares and #12 Suedois have won the last two editions of the Turf Mile, but they’ll face stiff competition from fellow grade 1 winners #4 Valid Point, #5 Bowies Hero and #13 Divisidero, plus the European raider #8 Vintager. The latter is conditioned by Charlie Appleby, who means business with his North American shippers. He’s gone 5-for-13 on this side of the pond, with three of those victories coming in Breeders’ Cup events.

Wesley Ward is considered the king of training juvenile turf sprinters, so his #2 Kimari should be dangerous in this 5 1/2-furlong “Win and You’re In” qualifier for the Breeders’ Cup Juvenile Turf Sprint (G2). The daughter of Munnings came up a head short of victory in the Queen Mary Stakes (G2) at Royal Ascot, then returned to North America and easily won the Bolton Landing Stakes at Saratoga. If anyone can challenge the filly, it might be #3 Mystic Lancelot, who will cut back in distance after failing to stay a mile in the Summer Stakes (G1) at Woodbine.

#5 Fighting Seabee is 2-for-2 and most recently won the With Anticipation Stakes (G3) at Saratoga, so this Kenny McPeek-trained youngster rates a strong chance to win the Bourbon and claim a “Win and You’re In” berth to the Breeders’ Cup Juvenile Turf (G1). But #10 Peace Achieved was a decisive winner of the Gainesway Farm Juvenile Stakes at Kentucky Downs, and #14 Vitalogy ran a big race when third in the Summer Stakes, so there is a lot to watch for in this 1 1/16-mile event.

Grade 1 winners #1 Dunbar Road, #2 Blue Prize and #4 She’s a Julie would vie for favoritism in many races, but they’ll be overshadowed in this 1 1/8-mile Breeders' Cup Distaff (G1) prep by #5 Elate, the 4-5 favorite on the morning line. A five-time graded winner, Elate has already defeated Blue Prize and She’s a Julie decisively this season and is using the Spinster as a possible springboard toward a start in the Breeders’ Cup Classic (G1) against males.