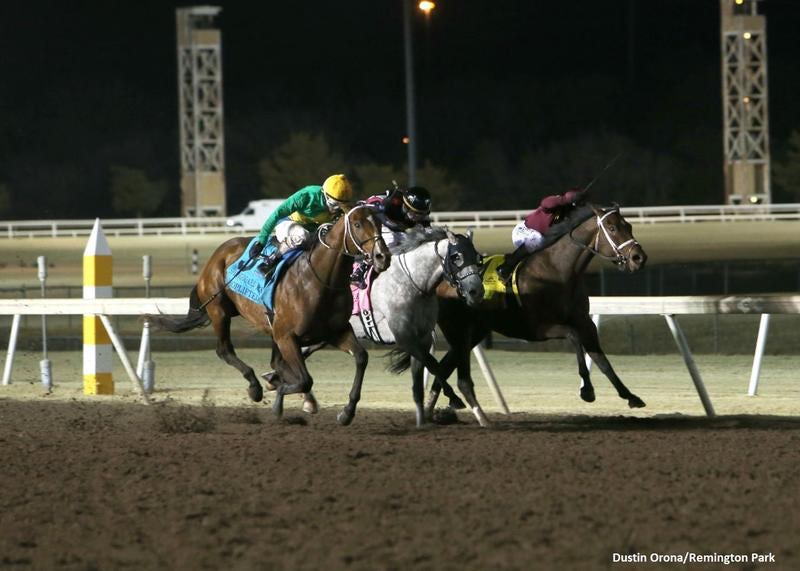 Experience paid off for Shoplifted...

...in the $400,000 Remington Springboard Mile Stakes on December 15. Although he wasn’t favored, Shoplifted produced a tenacious rally down the Remington Park homestretch to win the one-mile event by a head.

The victory marked a significant rebound for Shoplifted and cemented the colt’s status as a contender on the Road to the Kentucky Derby. He earned $240,000 and 10 qualification points toward the 2020 Kentucky Derby (G1), but as much as anything, he earned respect.

A son of Into Mischief, out of the Yes It’s True mare Shopit, Shoplifted showed potential during the summer at Saratoga, where he broke his maiden impressively and rallied to finish second in the Hopeful Stakes (G1).

But when Hall of Fame trainer Steve Asmussen attempted to stretch Shoplifted out in distance, initial results were disappointing. Shoplifted flattened out when trying to rally in the 1 1/16-mile American Pharoah Stakes (G1) at Santa Anita, then faltered badly in the Breeders’ Cup Juvenile (G1), over the same track and distance, to finish a distant seventh.

So a question emerged. Did Shoplifted, with his speed-oriented pedigree, lack the stamina to be competitive in a two-turn stakes race? Or did he simply dislike the deep and tiring main track at Santa Anita? It was the latter belief that took on credence when Shoplifted rallied to victory in the Springboard Mile.

By every metric Shoplifted ran a strong race at Remington Park. Reserved in sixth place by jockey Ricardo Santana Jr., the colt gradually advanced wide and sprinted the final quarter-mile in :24 2/5 to edge favored Answer In during the climax of a lengthy stretch battle.

Owned by Grandview Equine, Cheyenne Stables and LNJ Foxwoods, Shoplifted has long been a highly regarded prospect. He sold for $525,000 as a yearling and for $800,000 as a 2-year-old in training, and as Santana revealed after the race, “I knew he might be something special when he broke his maiden at Saratoga.”

It’s still possible Shoplifted’s pedigree will prove problematic on the Road to the Kentucky Derby. His sire and damsire were both high-class sprinters who have tended to sire sprinters and milers at stud.

But given the way Shoplifted finished in the Springboard Mile—powerfully and with determination—he might just be capable of outrunning his pedigree.