Bet on the 2020 Kentucky Derby 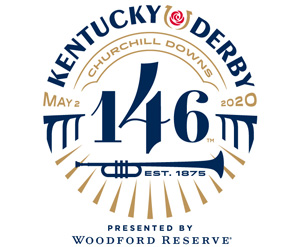 With the annual Run for the Roses on hold until September due to Covid-19, NBC will instead be hosting a one-of-a-kind virtual sporting event on May 2nd from 3-6p EST. Tune in as the 13 Triple Crown champions of American horse racing face off to determine who was the greatest Triple Crown winner of all-time.

Video of Past Kentucky Derby Races

Video of the 2019 Kentucky Derby

Watch the 2019 Derby, as Country House claimed a thrilling and controversial victory after the initial winner, Maximum Security, was disqualified following a lengthy post-race review. Going off at 65-1 odds, Country House was the second-biggest longshot to ever win the Kentucky Derby.

Video of the 2018 Kentucky Derby

Watch the 2018 Derby, as Justify out-classed the field on a wet track, finishing ahead of Good Magic, Audible, and Instilled Regard in the 2-3-4 positions. Hall of Fame jockey Mike Smith rode Justify, who became the first colt in 136 years to win the Derby after not racing as a 2-year-old.

Video of the 2017 Kentucky Derby

Watch the 2017 Derby, as Always Dreaming, ridden by jockey John Velazquez, was able to pull ahead of Lookin at Lee in the slop, to win the 143rd Kentucky Derby. The Battle of Midway finished third.

Video of the 2016 Kentucky Derby

Check out the results of the 2016 Kentucky Derby, where jockey Victor Espinoza rode the Nyquist to victory over Exaggerator in the 142nd running of the race!

Video of the 2015 Kentucky Derby

Video of the 2014 Kentucky Derby

Check out the results of the 2014 Kentucky Derby, where jockey Victor Espinoza rode the 2014 Horse of the Year California Chrome to victory, securing his shot at the Triple Crown!

A Brief History of the Kentucky Derby

The most famous horse race in the world is the most thrilling two minutes in sport.  It takes place on the first Saturday in May at the historic Churchill Downs racecourse in Louisville, Kentucky and regularly attended by more than 150,000 people. The record attendance was 165,307 in 2012, and in 2014 164,906 watched California Chrome win "the run for the roses".

The inaugural Kentucky Derby took place in 1875 after Col. Meriweather Lewis Clark, Jr had visited England three years earlier and witnessed the Epsom Derby, a famous race which had been run since 1780 on the outskirts of London. The Kentucky Derby was originally raced over the same distance of 1 & 1/2 miles as the Epsom Derby (it was changed to its current distance of 1 & 1/4 miles in 1896. An estimated crowd of 10,000 watched the colt Aristides crowned winner of the first running of the race at the newly constructed Churchill Downs racecourse.

The first live radio broadcast of the Kentucky Derby was in 1925, and it wasn't until 1949 that the first television coverage of the race happened. In 2016 the race will be covered live by NBC with real-time payouts and results from horse racing's premier event available all day on BetAmerica.com.

The race is so popular that in the preceding two weeks leading up to the running, the city of Louisville holds the Kentucky Derby Festival, Kentucky’s largest single annual event. The Kentucky Derby Festival is comprised of several events, including Thunder Over Louisville (the biggest annual fireworks display in North America), the Great Balloon Race, the Pegasus Parade (one the countries largest), and The Great Steamboat Race.

Entries into the Kentucky Derby include some of the most famous racehorses to ever compete. Notable entries into the race include Regret, Sir Burton, Gallant Fox, Omaha, War Admiral, Citation, Northern Dancer, Seattle Slew, War Emblem, and California Chrome.

Visit our Derby Trivia page for more insights into the most famous race in the world, including detailed facts about entries, records, and winners.