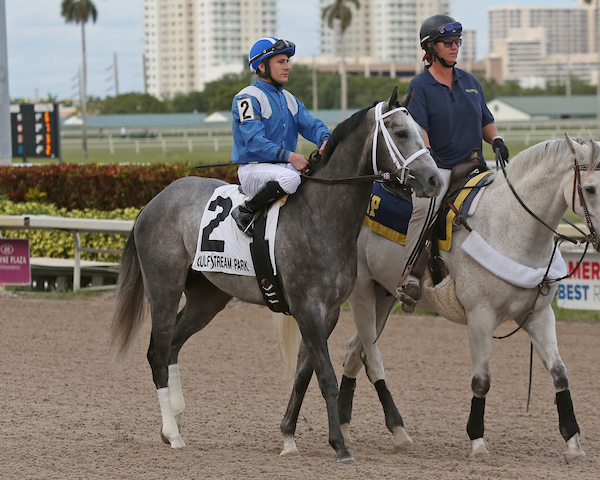 History of the Hyacinth Stakes

First run in 2003, the Hyacinth Stakes is the most important of Japan’s early dirt features for 3-year-olds. It carries Listed status, and its winners include the subsequent Japanese grade one dirt winners Success Brocken and Gold Dream.

For the three-race 2018 series, however, it became all-important... While the Cattleya Sho and the Zen-Nippon Nisai Yushun were both 10-4-2-1 races, the Hyacinth is a 30-12-6-3 race. This meant the only way the Hyacinth Stakes winner would not automatically earn the Japanese berth in the Derby is if that horse gained no other points and another horse won both the other series races and finished second in the Hyacinth Stakes.

The 2017 winner Epicharis didn’t head to Churchill Downs, but he did finish second in the UAE Derby, and was set to run in the Belmont Stakes before being withdrawn due to injury.

Beginning in 2019, the Hyacinth Stakes became the penultimate race in the Japan Road to the Kentucky Derby, followed by the Fukuryu Stakes in Late March at Nakayama Racecourse. With the Fukuryu set as a 40-16-8-4 race from a points perspective, the Hyacinth Stakes still has a large impact on determining the now 4-race series winner, but is not the primary determining factor any longer.