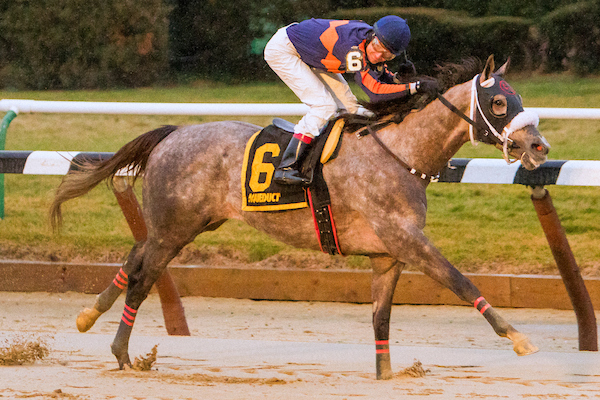 The Jerome Stakes tends to land on January 1st every year at Aqueduct in New York. Even if the race doesn't start on Jan. 1, the Jerome is traditionally the first race of the new year on the Road to the Kentucky Derby.

The History of the Jerome Stakes

The Jerome Stakes is one of the oldest stakes races in the United States. For many years it was known as the Jerome Handicap and was held after the Kentucky Derby in September, but it was moved to April for 2011 and 2012 before moving again to its current slot at the beginning of January in 2013.

Today it’s a solid part of the Aqueduct circuit of Derby prep races, and the first race of the year for which points are available on the Road to the Kentucky Derby table. The first four runners to finish are given points on a 10-4-2-1 basis.

The best winner of the race since its move to January was probably multiple graded stakes winner Vyjack in 2013.