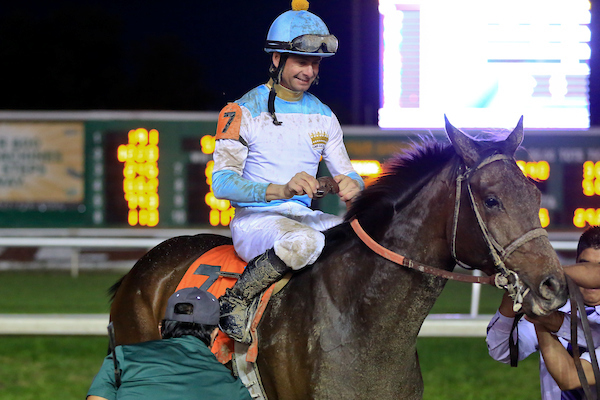 History of the Lecomte Stakes

Named after the 1850s racehorse Lecomte – who set a world record for four miles and who had a noted rivalry with the outstanding runner and sire Lexington – the Lecomte Stakes is the first of three races in Fair Grounds’ Kentucky Derby prep series for 3-year-olds.

It’s also part of the official Road to the Kentucky Derby series, by which horses earn points that qualify them for the Derby. The first four finishers are allotted points on a 10-4-2-1 basis.

The Lecomte Stakes has been won by several outstanding horses. Oxbow was victorious in the 2013 Lecomte and went on to win the Preakness Stakes and finish second in the Belmont Stakes. The high-quality 2007 Kentucky Derby runner-up Hard Spun is another Lecomte winner, as is the multiple grade one winner Ron the Greek and the 1972 Kentucky Derby runner-up No Le Hace.

Runners from the Lecomte Stakes frequently run in the other Fair Grounds Derby preps, the Risen Star Stakes (G2) and the Louisiana Derby (G2). Horses to have won all three races include International Star and Friesan Fire.

Past Winners of the Lecomte Stakes