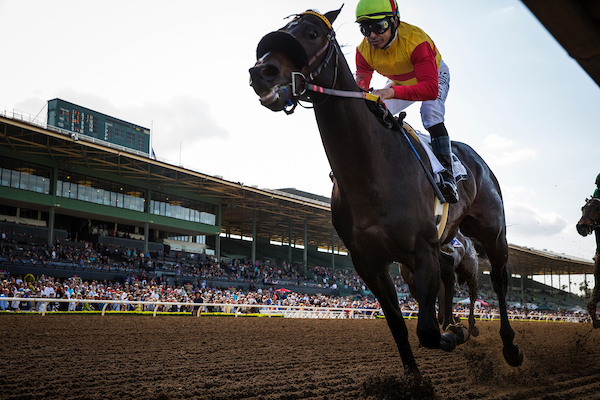 History of the San Felipe Stakes

Founded in 1935, the San Felipe Stakes didn’t become a 3-year-olds only race until 1941. Nowadays it’s one of the key 3-year-old races in the early spring in California.

The race is in the first part of the Road to the Kentucky Derby Championship series. The first four home are given points on a 50-20-10-5 basis, and the 50 points earned by the winner should ensure they get a start in the Kentucky Derby.

The San Felipe Stakes is the most important trial for the Santa Anita Derby, and many horses have won both races: they include Your Host, Determine, Hill Rise, Terlago, Solar Salute, Affirmed, Sunday Silence, Free House, Point Given, Buddy Gil, Pioneerof The Nile, Sidney’s Candy, and California Chrome. Determine, Affirmed, Sunday Silence, Point Given, and California Chrome would all go on to win Classics, as did 2000 San Felipe winner Fusaichi Pegasus.