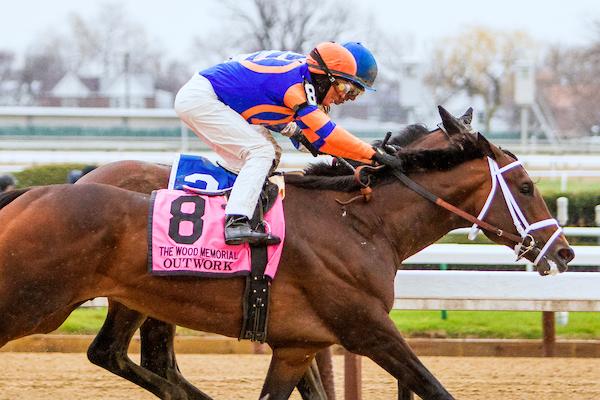 Held since 1925, the Wood Memorial at Aqueduct is the culmination of the New York early season 3-year-old races.

It’s also one of the key lead-up races in the Road to the Kentucky Derby series. It’s one of three major races held four weeks prior to the Derby – the others are the Blue Grass Stakes and the Santa Anita Derby – and like those races, the first four finishers get points in the series on a 100-40-20-10 basis. It means the winner will definitely get a place in the Kentucky Derby field, and most likely the runner-up as well.

The Wood Memorial has historically been one of the most important Derby lead-ups. There have been 20 Kentucky Derby winners that used the Wood Memorial as a lead-up, 11 of which won both races. Six of the nation’s Triple Crown winners contested the Wood Memorial; interestingly, two of them – Omaha and Secretariat – failed to win at Aqueduct, both finishing third.

In recent years, the Wood Memorial has invariably been won by a horse that didn’t contest the other New York preps and have instead come from sunnier climates, especially Florida. Punters should look very carefully at the runners that have shipped in for the race.

Previous Winners of the Wood Memorial