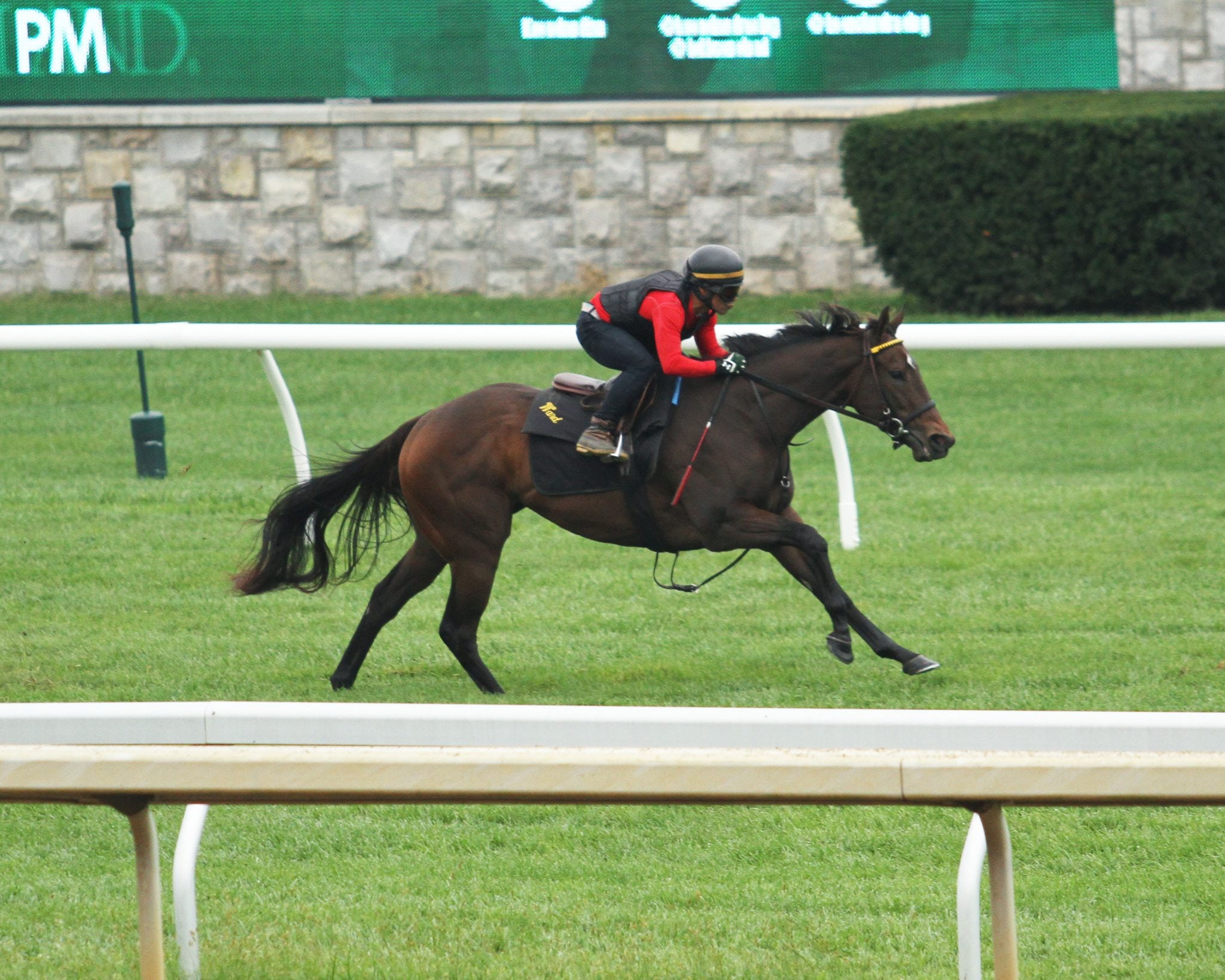 Lady Aurelia should be tough to beat in the Breeders' Cup Turf Sprint. Photo: Keeneland/Coady Photography.

On the form book, the Turf Sprint looks like it should be a match race between the high-class fillies Lady Aurelia and Marsha.

However, the Breeders' Cup Turf Sprint is the type of race where the form book can go wrong.

Lady Aurelia and Marsha come into the race with great form in Europe. Lady Aurelia scored a decisive three-length victory in the King’s Stand Stakes (G1) at Royal Ascot, with Marsha finishing third, but Marsha turned the tables by a nose in the Nunthorpe Stakes (G1) at York in August.

It’s fantastic form, but the Turf Sprint is a very different race from those. In particular, it’s around a turn, which the British sprints are not – and it’s a reason why no European-trained sprinter has won the race.

The U.S.-trained Lady Aurelia has at least raced around a turn twice, for two wins, but that was against weaker opposition than she faces here. Marsha’s experience level around turns is limited.

British-trained Cotai Glory finished third in the Nunthorpe, and he got some experience around a turn when finishing second in the six-furlong Nearctic Stakes (G2) at Woodbine. He should appreciate the return to five furlongs.

Pure Sensation, who finished third in this last year, could be good value. This year he’s won two grade three races at Parx – both times beating 2015 Turf Sprint Mongolian Saturday, who returns again at Del Mar. The outside barrier could potentially be tricky for Pure Sensation.

The first three from the Woodford Stakes (G2) at Keeneland – Bucchero, Hogy, and Mongolian Saturday – all return for the Turf Sprint. Indiana-bred Bucchero is searching for his fourth win on end and should not be underestimated. Richard’s Boy, Holding Gold, and Washington DC complete the field.

The start will be all important in the Turf Sprint. But if Lady Aurelia gets out well from gate three, she will be very tough to peg back. Pure Sensation, Disco Partner, Hogy, Marsha, and Bucchero should all be considered.
Racing