Fans of the NCAA men's basketball tourney are not the only ones who got caught up in "March Madness" last weekend as Yonkers Raceway kicked off its lucrative, ultra-competitive George Morton Levy Memorial Series for aged pacers on Saturday night.

Of the 50 horses nominated to the Levy, 42 dropped into the box on Tuesday and that enabled the opening round to be equally divided to six, seven-horse fields.

In the opening split, Take It Back Terry (George Brennan) lived up to his role as the 4-5 favorite when he brushed to command and led throughout and held safe Texican N for a neck victory in 1:51.2. A mainstay throughout the Levy series last year for trainer Ron Burke, Take It Back Terry notched his first win in two starts this year and now sports a 38-25-14 slate and $970,000 bankroll from 121 career outings.

One race later in the second Levy split, Lucan Hanover (Brennan) lived up to his role as the 6-5 choice when he gained command soon after the start and led throughout to score handily in 1:51.3.

A six-year-old Western Ideal gelding trained by Andrew Harris for the West Wins Stable, Lucan Hanover has now won all three of his starts this year and 21 of 79 lifetime tries and looms a major player in the series.

Doctor Butch sat a pocket trip throughout and held the place spot, while Ideal Cowboy raced very well to finish third after not being provided live cover by Foiled Again in his 12-year-old debut. 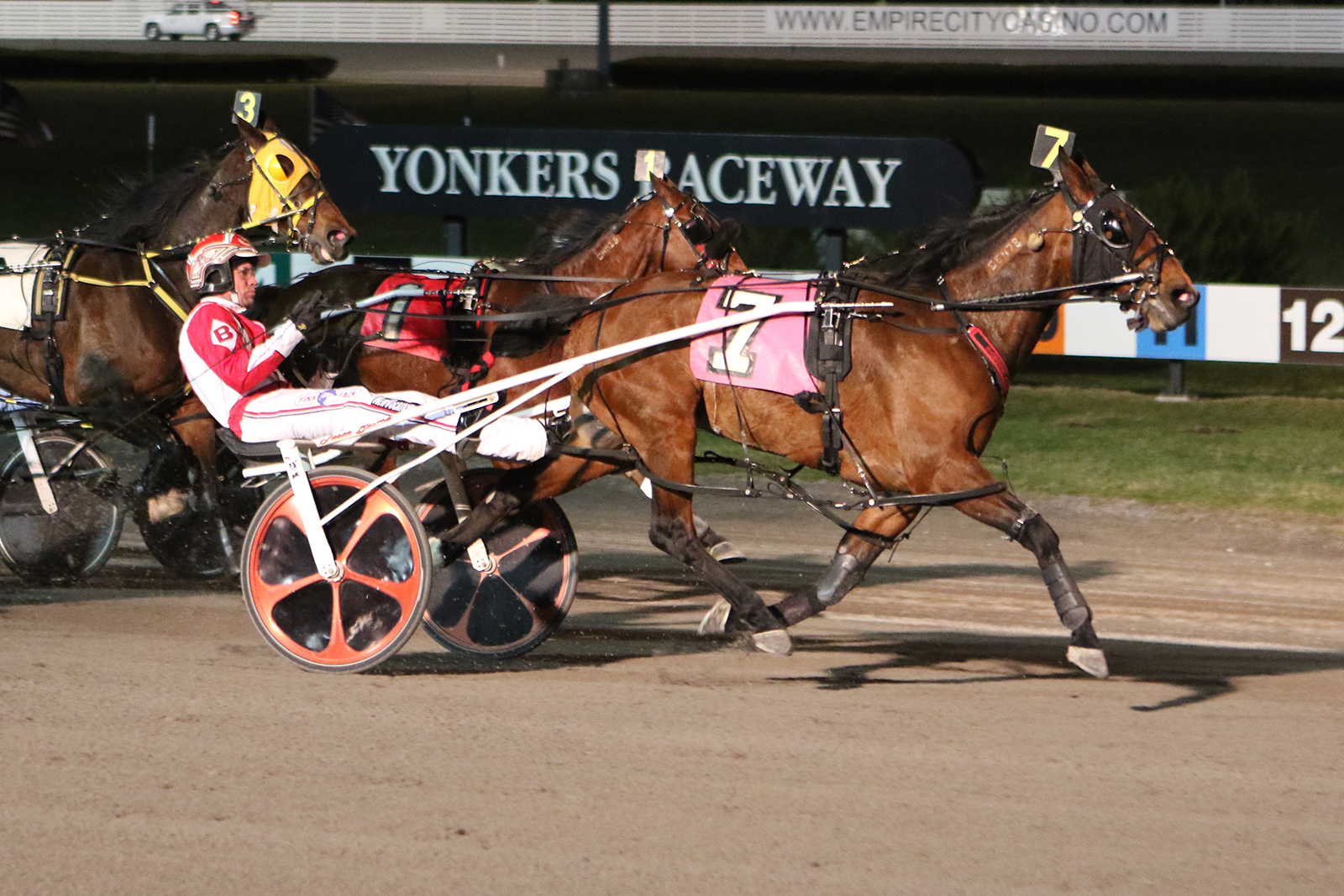 One race later Texas Terror N (Matt Kakaley) posted a 49-1 shocker when he rallied from well off the pace and widest of all late to score in 1:51. An eight-year-old Western Terror gelding trained by Jose Godinez, Texas Terror N won for the second time in nine tried this year. He may be hard pressed to duplicate that effort in subsequent rounds.

Then one race later in the fourth Levy split, Mach It So (Tim Tetrick) quarter moved to command and was never in jeopardy thereafter en route to a three-length score 1:51.3. A six-year-old Mach Three gelding trained by Jeff Bamond, Mach It So won his seasonal debut and now owns a 26-10-8 slate and $1.3 million bankroll from 66 career tries and he looms a major player throughout the series again.

Then two races later in the fifth Levy opening split, PH Supercam (Jordan Bartlett) overcame a first over journey and out kicked pocket sitting The Real One (Pat Lachance) to prevail in 1:53.1. Another talented Bamond trainee who was a major player in the Levy series last year, PH Supercam notched his first win two starts this year and upended The Real One in that  one's seasonal debut.

Then in the last Levy split, Bit Of A Legend N (Jordan Stratton) benefited from a pocket trip behind odds-on choice All Bets Off through the first three calls then overhauled that one easily in the lane to score in 1:52.1. Bit Of A Legend N has won three of five starts for trainer Peter Tritton since arriving from down under.
Racing
Loading...