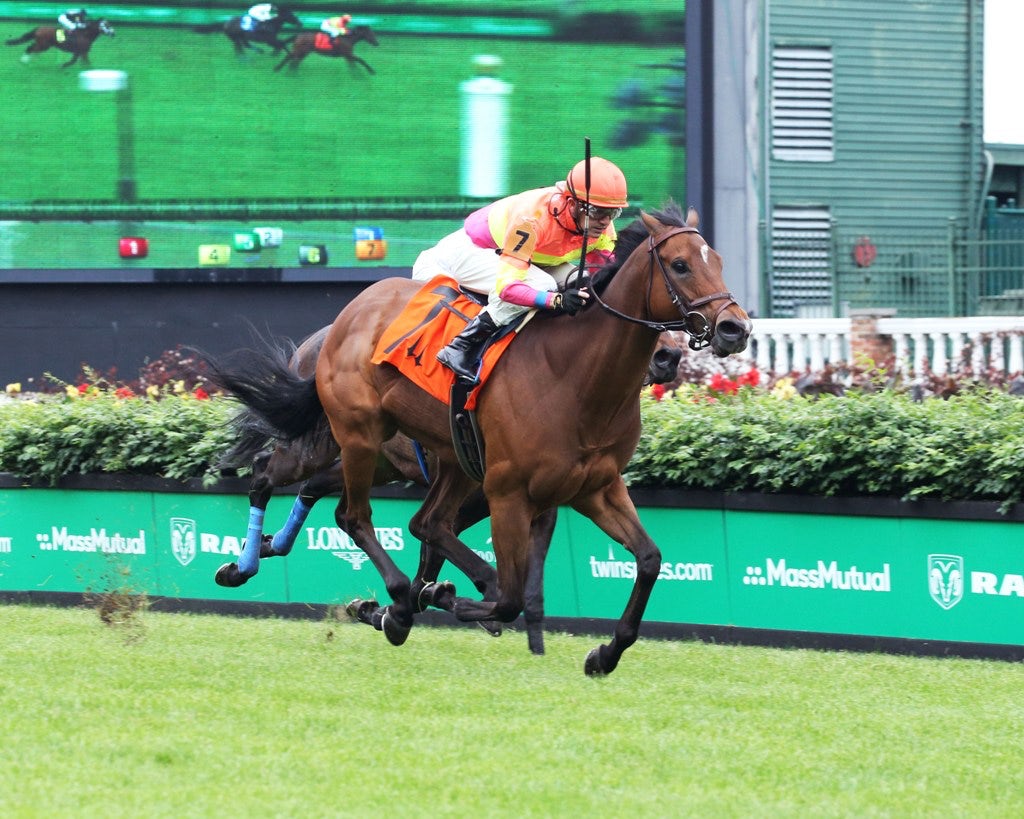 With a $700,000 purse and a “Win and You’re In” berth to the Breeders’ Cup Turf Sprint (G1) on the line, Saturday’s Runhappy Turf Sprint Stakes (G3) at Kentucky Downs has attracted a top-notch field of turf sprinters.

Among the major names entered in this six-furlong dash are globetrotting graded/group winners #9 Stormy Liberal (a two-time winner of the grade 1 Breeders’ Cup Turf Sprint), #5 Undrafted (victorious in the 2015 group 1 Diamond Jubilee Stakes at Royal Ascot) and #3 Imprimis (a fast 5-year-old who nabbed the grade 2 Shakertown Stakes at Keeneland earlier this year). Grade 1 winner #1 Wet Your Whistle and the up-and-coming Troy Stakes (G3) victor #8 Leinster add further depth to this competitive field.

Despite the success and international experience of the major players, I believe a local runner will emerge victorious in the Runhappy Turf Sprint. He is not as accomplished, but if you’re overlooking #10 Totally Boss, I think you’re overlooking the winner.

Totally Boss didn’t show much as a 3-year-old in 2018, when he went 2-for-8 and missed the trifecta in his two stakes attempts. But the gelded son of Street Boss has come back a different horse this year, and he upped his game significantly for trainer Rusty Arnold. He’s a nose away from being 4-for-4 in 2019, with his lone defeat coming in an allowance at Churchill Downs, in which Totally Boss ran into traffic against 2016 Breeders’ Cup Turf Sprint runner-up Om.

This setback proved only temporary, as Totally Boss successfully handled a jump in class when he rallied to win the Kentucky Downs Preview Turf Sprint Stakes by a half-length over defending winner #7 Jazzy Times, which earned solid speed figures of 97 (Beyer) and 98 (Brisnet).

In a race where big-name contenders figure to be supported more for their past glories than their recent achievements, the improving form of Totally Boss is appealing. If he stays near his 6-1 morning line odds, I’ll support him heavily on the win end and play him on top of an exacta, with #6 White Flag (runner-up in this race last year), Imprimis and Leinster underneath.