A tremendously exciting Breeders' Cup is in the history books, and the thrilling finishes by Beholder on Friday afternoon and Arrogate in Saturday's Breeders' Cup Classic highlighted a truly memorable 2016 edition of the prestigious championship event. 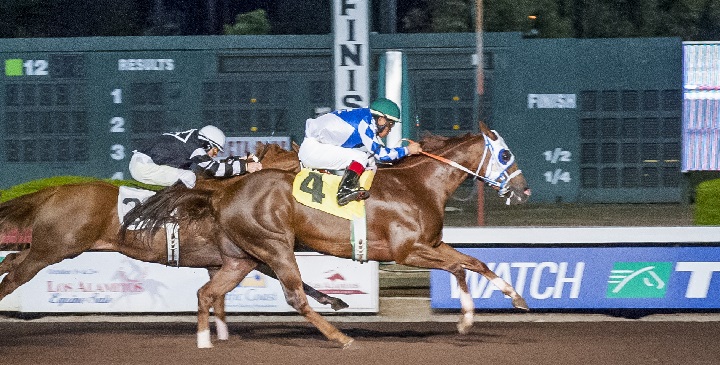 For racing fans not ready to hang up their handicapping for the weekend, check out Sunday night's feature at Los Alamitos.  The Cypress California racetrack will present the $767,750 Los Alamitos Super Derby (G1). The field of ten includes Rite Regal, who has been installed as the 2-1 choice.  Trained by Jose Flores, the son of Favorite Cartel will be ridden by Cruz Mendez. The accomplished 3-year-old set the fastest qualifying time in the trials on October 15. He has already captured both the $210,000 El Primero Del Ano Derby and $203,200 Golden State Derby.

Not to be overlooked is Jess A Pollitician, a son of Apollitical Jess, also trained by Flores. The Texas-bred gelding has won six of his 12 career efforts and ran fifth in the 2015 Los Al $2 million Futurity. He is in sharp form, winning his Super Derby trial and setting the second fastest time of :19.767.

The Super Derby is the ninth race of the card, which gets underway at 5:00 pm (Pacific).