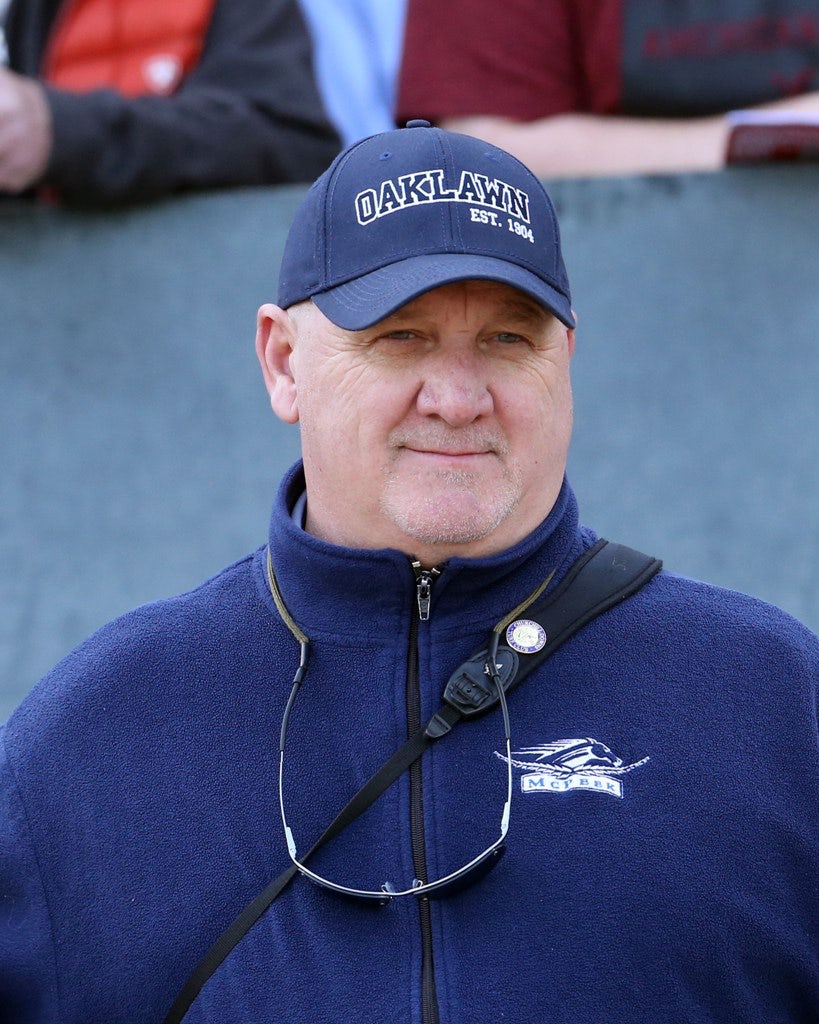 Whenever trainer Kenny McPeek enters a horse at Turfway Park, handicappers are advised to take notice.

McPeek doesn’t send horses to Turfway very often. Since 2014 he’s saddled just 66 starters at the Florence, Kentucky racetrack. But 14 of those runners have reached the winner’s circle and another 17 have finished second or third, which gives McPeek a 21% win rate and a 47% in-the-money record.

Considering McPeek’s overall win percentage has averaged just 13.8% since the start of 2014, his record at Turfway Park is particularly noteworthy. His horses have been especially hot since the start of the current Turfway meet December 4 (4-for-17, for a 24% strike rate).

All this is a roundabout way of saying McPeek’s #7 Blueridge Traveler figures to be dangerous in the $75,000 Prairie Bayou Stakes on New Year’s Eve. Fourteen horses have been entered in this competitive 1 1/16-mile race, and Blueridge Traveler will have to work for victory as the 7-2 morning-line favorite, but on paper this son of To Honor and Serve looks formidable.

The winner of the 2018 Maxxam Gold Cup at Sam Houston, Blueridge Traveler has been competing admirably against quality company at Churchill Downs and Keeneland. In September he won a 1 1/16-mile allowance race over veteran graded stakes performers Hawaakom and Captivating Moon, and last time out, Blueridge Traveler finished third in a similar race behind 2018 Peter Pan Stakes (G3) and Jeff Ruby Steaks (G3) winner Blended Citizen. Technically the Prairie Bayou is a step up the class ladder, but it might be easier than those allowance races.

The surface switch is the bigger question mark. Blueridge Traveler has competed primarily on dirt, whereas Turfway Park has a synthetic Polytrack surface. But Blueridge Traveler did finish second in the 2017 Spiral Stakes (G3) over this track, beaten less than a length, so he should handle the switch just fine.

There’s every reason to believe Blueridge Traveler will deliver a winning effort in the Prairie Bayou Stakes. His late-running style is suited to Turfway Park, which tends to see a lot of winners rally from off the pace, and jockey Luan Machado is winning at a 25% rate when he teams up with McPeek.

Let’s bet Blueridge Traveler to win and key him on top of an exacta, with #1 Patriot Drive and #2 Guest Suite underneath. The former races for successful Turfway trainer Mike Maker, while the latter has back class, with a win in the 2017 Lecomte Stakes (G3) under his belt.