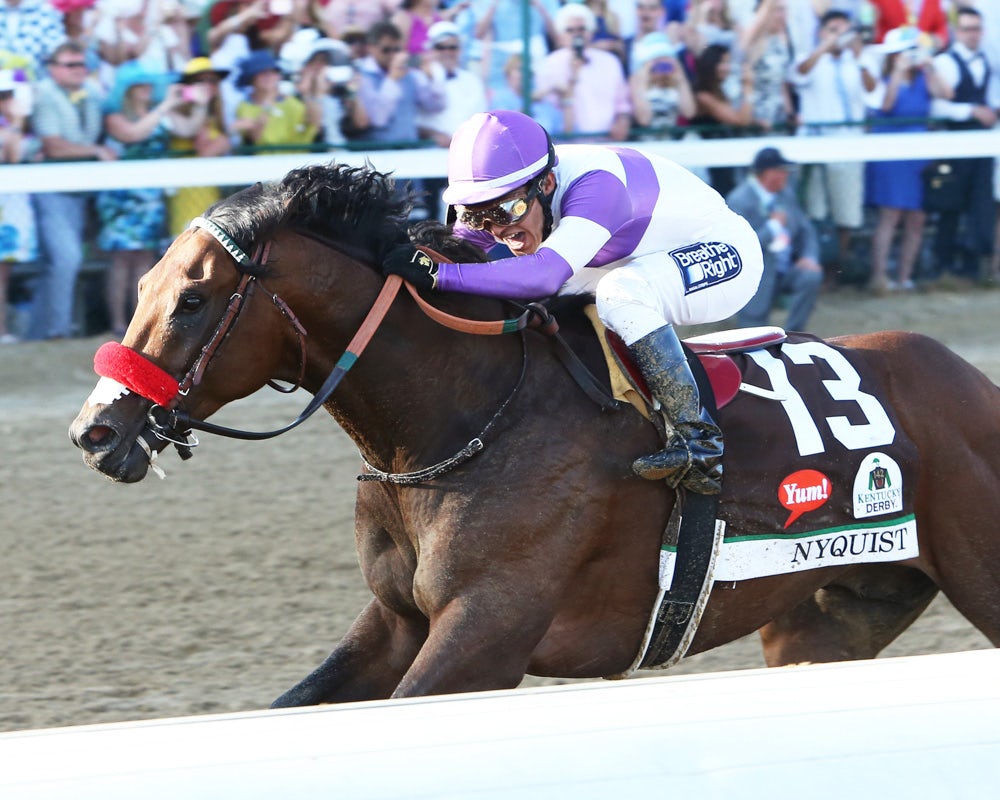 Horses name in honor of sports figures aren’t as common as you might expect due to official naming restrictions, but through the years there have been some noteworthy runners named after ball players, hockey players, and even Olympic champions.

Want some examples? Here’s a sample of racehorses named for famous sports figures….

It’s safe to say that the equine Babe Ruth wasn’t quite as talented as his legendary namesake, arguably the greatest baseball player in history. Born in 1993, Babe Ruth the horse prevailed in just one of his fourteen races.

Once in a while, a horse will be named after a fellow athlete in the sport of racing. The human Clyde Van Dusen started off as a jockey before switching to training duties, and in a remarkable turn of events, he wound up conditioning a horse named in his honor. Together, the Clyde Van Dusens teamed up to win the 1929 Kentucky Derby.

A son of Medaglia d’Oro, the “Bolt” half of Bolt d’Oro’s name honors the eight-time Olympic champion sprinter Usain Bolt. was likewise a very fast runner, winning the Del Mar Futurity (gr. I) and FrontRunner Stakes (gr. I) in 2017.

Named for the New England Patriots tight end player Rob Gronkowski, Gronkowski the Thoroughbred is owned in part by his namesake and became a classic-placed runner when finishing second behind Triple Crown winner Justify in the 2018 Belmont Stakes (gr. I).

There has never been a Thoroughbred named after basketball’s most legendary player, but there was an American Paint Horse named Michael Jordan, born shortly after the champ retired for the final time. The equine Michael Jordan experienced mixed results; he won a single race from nine starts.

Named after the Detroit Red Wings hockey player Gustav Nyquist, the equine Nyquist was a champion two-year-old who did his namesake proud with a resounding victory in the 2016 Kentucky Derby.

The New York Mets pitcher Noah Syndergaard made racing headlines in 2016 when a young Thoroughbred named Syndergaard burst onto the scene, winning the Funny Cide Stakes and finishing second in the Champagne Stakes (gr. I).

Down in Brazil, a Thoroughbred presumably named for the great U.S. golfer was a powerful 11 ½-length winner of the Group 3 Grande Premio Presidente Augusto De Souza Queiroz in 2011.
Racing