Without a doubt, American Pharoah is whom everybody will want to see this Sunday. But the rest of the Monmouth card on Sunday is loaded with terrific graded stakes action. It also looks like Pharoah is going to have to earn it if he wishes to take home the top prize in the $1.75 million Haskell Invitational. Let's take a quick look at each of the graded races.

I'm Already Sexy will be a deserving favorite in the Matchmaker Stakes. The daughter of Ready's Image definitely looks formidable since she's trained by 33% winning conditioner at the meet Wayne Catalano and will be ridden by 29% winning jockey Paco Lopez. Testa Rossi, trained by Chad Brown and ridden by Joe Bravo, has been running against Coffee Clique and Discreet Marq. She should be tough in this spot. Horseplayers shouldn't look past Baffle Me, either. That one could turn her form around going from Pablo Fragoso to Mike Smith. The Matchmaker is going to be one heck of a turf race on Sunday.

Bradester went gate to wire in the Salvatore Mile. He's the 5/2 second choice. The favorite on the morning line is the Todd Pletcher trained Protonico. Protonico is an exceptionally talented horse. Mike Smith's presence means that Bradester won't get away with easy fractions in this race like he did in the Salvatore Mile. For Valid to have any shot at the win, jockey Orlando Bocachica is going to have to hustle him out of post-position 8 and get him close to the pace. Bocachica figures to be more aggressive with Valid in this. The race sets up for old pro Pants On Fire who can cruise and then take over once the 3 speedsters tire. Pants On Fire has a 3-1-1 record from 7 races over the Monmouth dirt. Horseplayers have to like the 5 -1 morning line odds. This looks like a 3 horse battle among 2 to 1 Heart to Heart, 5/2 Kharafa and 3-1 Lochte. Horseplayers should look to Lochte as the key horse in all exotics. Kharafa beat Lochte by a neck in the last race, and Paco does stay with Kharafa, but Lochte got the worse trip by far. Bocachica had to take Lochte 6 wide around the final turn. Heart to Heart could win this gate-to-wire, but his form took a decided step back in his last race at Belmont Park. Heart to Heart's works have been great, though. A long shot price play to consider is Hothersal. The 7-year-old horse has run good enough to contend in this spot. Unfortunately, trainer John Servis is only winning 9% of his graded races and jockey Gabriel Saez is winning less than 10% at the meet. Plus, Hothersal is taking a big step up in class. 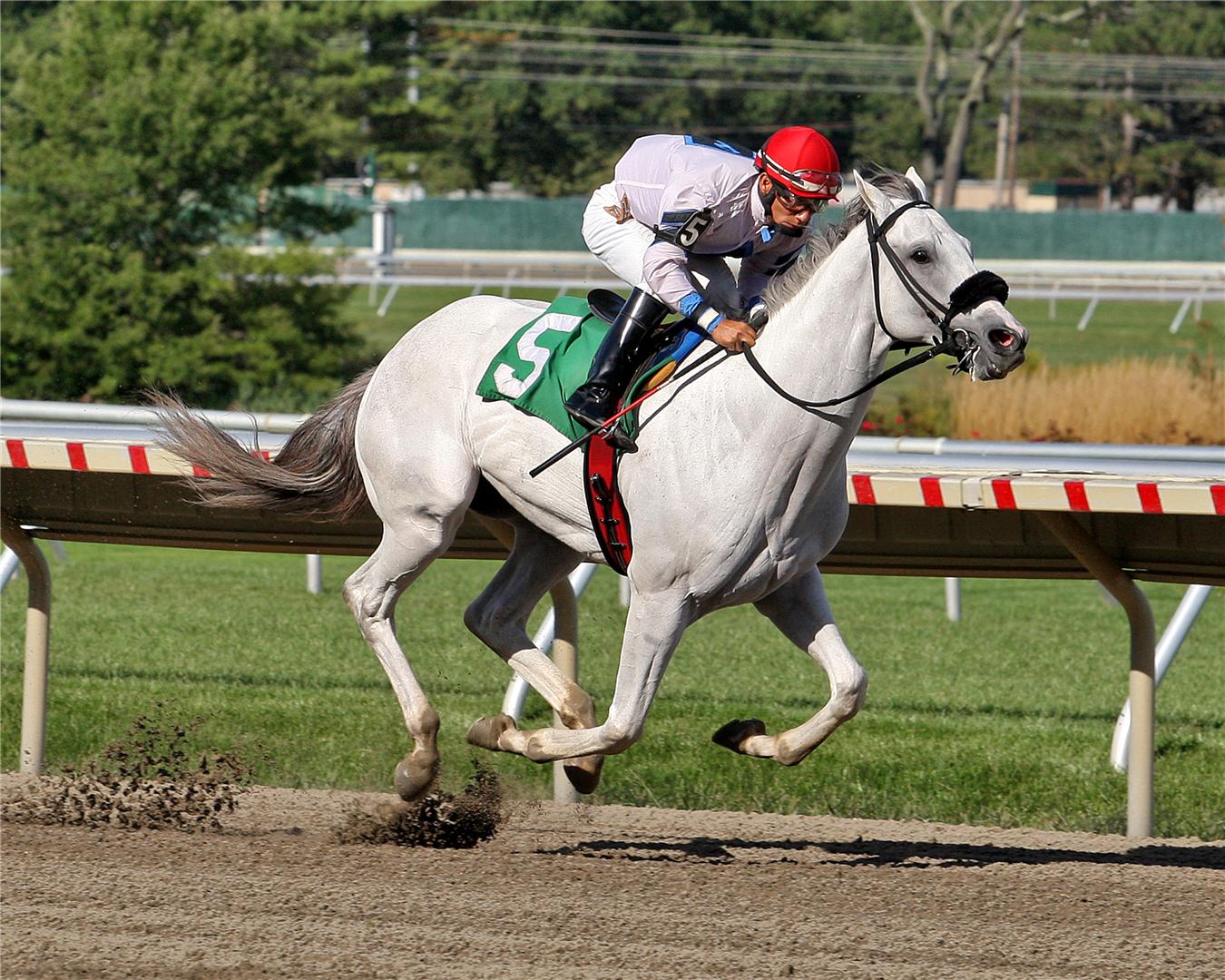 The Triple Crown Champ looks awfully tough to beat in this spot. He's simply better than any other horse that is running. Have Competitive Edge or Upstart  improved enough to get close to American Pharoah? The guess is that neither one has, but if you're the type of horseplayer (like my brother Eddie) who insists on going against the chalk no matter what race, look to put a few bucks on either 12-1 Keen Ice or 15-1 Mr. Jordan.

Paco Lopez is on Mr. Jordan. Mr. Jordan could get the perfect trip behind the speed. When Victor Espinoza pushes the button on American Pharoah, Paco could push the button on Mr. Jordan. The thing about Mr. Jordan is that even though he hasn't run nearly as fast as American Pharoah,  it doesn't mean that he can't. I recently blogged about Free House, the brilliant Cal Bred that won the Santa Anita Derby, Pacific Classic and Santa Anita Handicap in the late 1990's. Free House ran speed ratings that fluctuated because he loved to get into a fight. Mr. Jordan could be like that. If there's a speed duel upfront, Keen Ice will have a shot because it's likely that American Pharoah is part of that speed duel. Good luck no matter who you go with in the Haskell Invitational!
Racing
Loading...