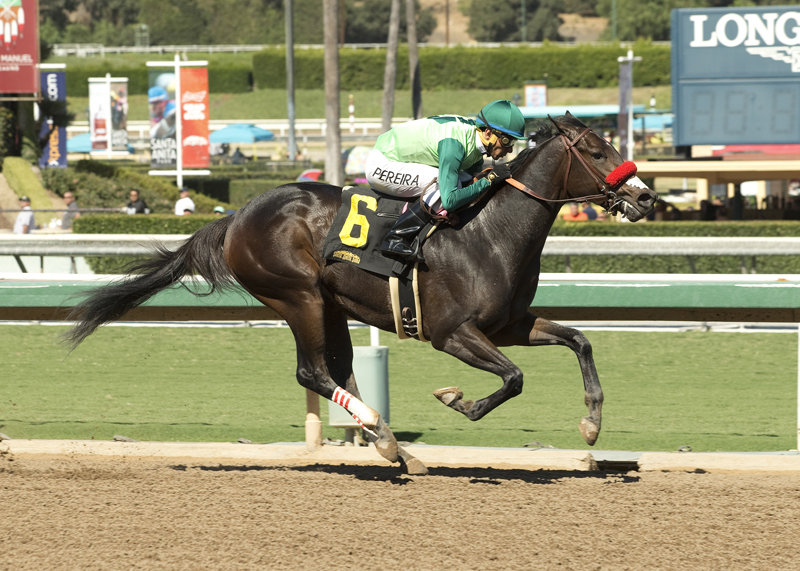 Beaten by two of the best juvenile fillies in California this season, Ms Bad Behavior should enjoy easier company when she seeks her first stakes victory in the seven-furlong Desi Arnaz Stakes at Del Mar Nov. 18.

Ms Bad Behavior (Blame) got a well-deserved maiden victory at Santa Anita last month and should be hard to beat here.

“She’s had some time between races, she’s trained very well and the last couple of works have been very good, so this seemed like a logical spot for her,” Baltas said.

Baltas also starts Secret Spice (Discreet Cat), who like her stablemate has one win from three starts. She finished fourth last time out in the Anoakia Stakes at Santa Anita Oct. 22. Anoakia Stakes runner-up Steph Being Steph (Majestic Warrior), a maiden winner at Los Alamitos prior to that race, also paid up for the race and drew the inside, but Del Mar track notes indicated she would not run.

Two fillies that ran exceptionally well in their debuts in a Santa Anita maiden special weight Oct. 27 also return here. Dream Tree (Uncle Mo), a $750,000 purchase at the Fasig-Tipton Florida sale of 2-year-olds in training in March, just beat Midnight Bisou (Midnight Lute) in a race where the principals earned good speed figures. Both will be good chances if they run to their best.