Welcome to the greatest show in greyhound racing!  The 2nd annual National Championship race will again decide who truly is the top sprinter in the country as many of the finest athletes in the land put it all on the line.  The premiere feature  happens Saturday night January 23rd at Daytona Beach Kennel Club in Race 10 with approximate post time at 9:30 PM EST.

So for many around the world tuning in, this may be one of the first greyhound races you have seen this season.  Who should you pick to win?  What are the stories behind these fast as lightning athletes?  BetAmerica is here to help, as we take a look at the greyhounds that will be looking to bring home a championship for their Track and Teams and the odds we predict they will have come post time. 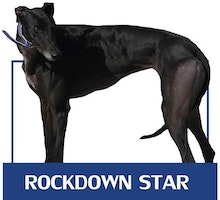 Punched her ticket to the big dance with an impressive victory in the BetAmerica Floridian Championship last month.  Was a 10-1 long shot in that race and most likely will get a huge price in this one as well. The pride of Naples, Florida is one of the better closers in this field but will need to stay near the front of the pack to have any chance of shocking the world here. Is the best long shot play in this field. 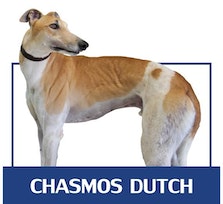 One of Southland's top hounds was the Darby Henry Male Sprint Champion in 2015.  Another solid closer that has begun to find his break the past few months.  Is teammate to Flying Fired Up, owned by the same owner in Ken Lesperance. Southland has a fantastic chance to show it is the top Track in the land if Dutch or Fired Up are victorious here. 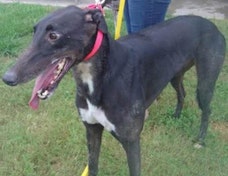 The fill in for Boc's Hank Jr who pulled out of the 550 this week.

The Kings and Queens Stakes winner was the former track record holder at Gulf. Seldom is the ultimate box popper in this field and should be right near the front of this race early.  Is the half brother to the other Gulf Greyhound transplant in this race Need MyMoneyNow, who beat his track record earlier in the year. 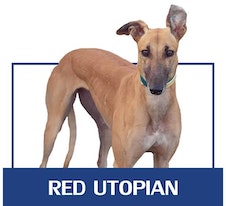 The pride of SW Florida has been unbelievable this season, winning an astounding 13 of her 16 starts.  Also possesses the second fastest sprint time of any greyhound at Naples this year (29.70 secs).  Was the favorite to win the Floridian State Championship but was shockingly knocked out in the first round.  One of the best combo speed and close racers in this field. 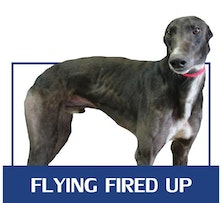 Horse watchers will love this story line.  Fired Up is going for the first annual Triple Crown of greyhound racing in this race, as he has already completed the first two legs of the crown by winning the Southland Derby & BetAmerica Kings vs Queens Classic.  One more victory for the Vince Berland owned hound will net Fired Up $60,000 in prize money if he can complete the feat.  Has been consistently in the UGR National Top 25 last year. 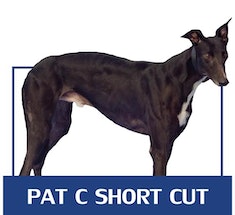 The "Monster of the Mid Track" Short Cut comes into this race as one of the fastest sprinters in the 83 year history of Palm Beach.  Owner Pat Collins has a long history of breeding championship greyhounds and this year could bring the ultimate prize.  One of the top closers in the country, if Short Cut is anywhere near the front coming for home, it will be goodnight for his competition.  Koppe, Staats & Collins is in their second straight National Championship after bringing JS SpeedyPebbles to Daytona last season. 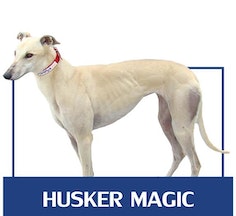 The defending National Champion.  The "Blonde Bombshell" is an all time record breaking greyhound with her 96 career wins.  The Derby Lane Sprint Classic Champion is the most popular greyhound in this field and would surprise no one if she repeated as champ once again. Will the 7 box hurt her chances here? 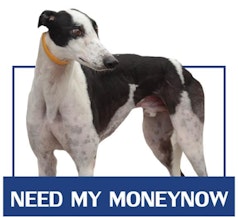 Owner Sharon L Williams and her Team have to be thrilled with this box draw.  The Gulf Greyhound Park Track Record holder (29.35 secs) won a ridiculous 38 of 46 starts through November and is probably the best rusher of this field.  The 2015 Diane Whitely Sprint Memorial Champion is a lock to be the favorite in this race and he should be. Has ran one schooler since coming to Daytona and won by an amazing 17 lengths.

What is great about this race from a players perspective is there isn't a clear cut favorite.  This could mean generous payouts if you can score a winner.

#8 Need MyMoneyNow looks to be in a perfect spot on the outside.  With that blazing early speed and already taking a liking to this track, Money will get all the green he wants after this race.  #5 Flying Fired Up should also hit the ticket, along with Southland teammate #2 Chasmos Dutch.

Good luck everybody and enjoy this historic event!  Look for news, pictures and more on BetAmerica's site on Saturday as we have it all covered for you. Bigger and Better this year indeed!