Pacific Classic one of several Del Mar BC preps Saturday 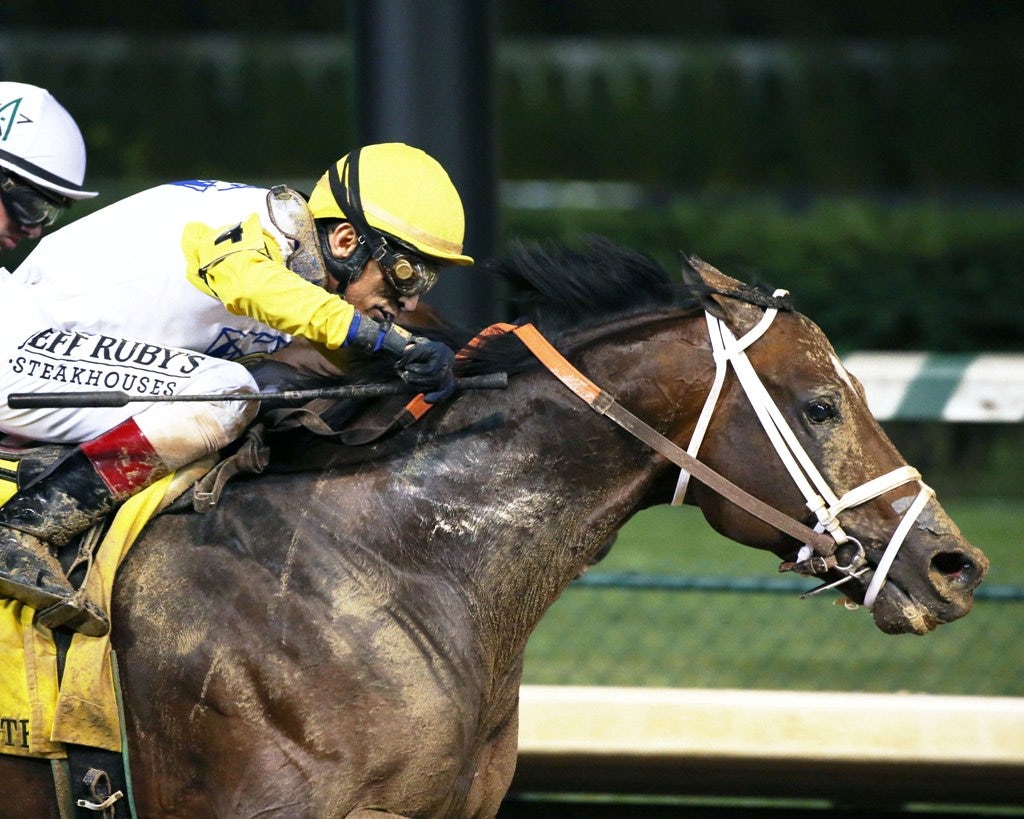 It will be a classic East vs. West story when Del Mar hosts an exciting afternoon of Breeders’ Cup prep races Saturday.

There are five graded stakes races on the card, led by the $1 million Pacific Classic (G1), a “Win and You’re In” qualifier for the Breeders’ Cup Classic (G1). Ten horses have turned out to contest this prestigious 1 1/4-mile race, with a half-dozen locals squaring off against four challengers from the East Coast.

#5 Seeking the Soul is the 3-1 morning-line favorite after his win in the Stephen Foster Handicap (G2) at Churchill Downs, which secured him his automatic berth to the Breeders’ Cup Classic. But the trip to Santa Anita is a question mark for Seeking the Soul, who has yet to win a graded stakes race away from Churchill Downs. If he’s going to challenge for division supremacy, he’ll need to prove he can win on the road.

With the recent San Diego Handicap (G2) winner Catalina Cruiser skipping the Pacific Classic, racing fans will miss an opportunity to see a member of the division elite stretch out in distance. We can still get a line on Catalina Cruiser’s ability through #9 Mongolian Groom, who rallied gamely to finish second by a length in the San Diego. Although Mongolian Groom has yet to win at the graded level, his San Diego effort was encouraging, and he finished third behind Gift Box and McKinzie in the Santa Anita Handicap (G1) back in April, so he’s got the form lines to be competitive at a price in the Pacific Classic.

#3 Pavel won the Stephen Foster in 2018, one start before he finished second in the Pacific Classic. His form this summer hasn’t been quite as sharp, but he showed signs of returning to form when he came in third in the 1 1/4-mile Suburban Handicap (G2) at Belmont last month.

Adding further depth to the Pacific Classic field are #2 Quip, the runner-up behind Seeking the Soul in the Stephen Foster; #1 War Story, the recent winner of the Monmouth Cup (G3); and #8 Campaign, the late-running winner of the Cougar II Handicap (G3) at Del Mar.

An East vs. West battle will also unfold in the $300,000 Del Mar Oaks (G1), a 1 1/8-mile grass event for sophomore fillies. Leading turf trainer Chad Brown is sending #1 Cambier Parc (third in the grade 1 Belmont Oaks) and #7 Dogtag (a two-time stakes winner) in search of a signature victory, but they’ll face a dozen rivals, led by the local Honeymoon Stakes (G3) winner #11 Lady Prancelot and the San Clemente Stakes (G2) victress #10 Mucho Unusual. From top to bottom the Del Mar Oaks is a classy race that figures to produce a contender or two for the Breeders’ Cup Filly & Mare Turf (G1) later this year.

The $250,000 Del Mar Handicap (G2) offers a “Win and You’re In” berth to the Breeders’ Cup Turf (G1), a prize nine runners have turned out to seek. The up-and-coming #4 Marckie’s Water, winner of the Charles Whittingham Stakes (G2) in May, figures to enjoy the 1 3/8-mile distance of Saturday’s test. The same can be said for #7 Itsinthepost, a seven-time graded winner who just missed in this event two years ago, but the real threat here might be #6 The Great Day, a former Argentine star who ships in from the East Coast after he finished second in the Arlington Handicap (G3).

But while these races are the main highlights on Saturday at Del Mar, you’re advised to tune in early and catch the $100,000 Green Flash Handicap (G3) as well. The field is small for this five-furlong turf sprint, but quality abounds, with two-time Breeders’ Cup Turf Sprint (G1) winner #2 Stormy Liberal returning from a layoff to square off against #5 Eddie Haskell, a rising sprint star with a phenomenal 12-9-1-2 record running five furlongs on grass. Don’t be surprised if the Green Flash winds up producing the 2019 Breeders’ Cup Turf Sprint champion.