Welcome to our first poll of the new season at Palm Beach!  One thing has been for certain so far this year...South Florida has some serious talent running around this prestigious track.

With perennial powers Superior Tyson & Barts Dublin taking a well deserved vacation this month after last seasons grind, our rankings opened up for others to snag a spot.

"Sensational" Sentinel has been on an absolute roll since last season ended.  Won the Firecracker 545 on July 4th and is your current wins leader.  With that solid rush and even more dynamite close, Sentinel is going to be very tough to handle this year.

This is the first time in the history of our poll that Ryan Racing has the top hound. Congrats! 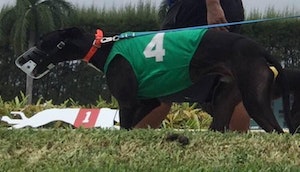 One of the hottest rookies you will ever see run at Palm Beach.  Ripped off seven wins in a row before losing to Sentinel on 8/2.  Looks like he has a jet pack on when he flys out of the box.

With his fantastic name and game, "The Moooooooose" is becoming a fan favorite already in his young career.

Our top hound from last season begins her quest to defend her season championship and make a run at being a back to back Derby winner come February.  The greatest middle distance racer at Palm Beach since new Hall of Famer Pat C Rendezous and the most followed athlete here currently. Ethel just rules.

"Big Bubba" finished last season on a roll and has continued that success into the new campaign.  If he gets the lead, watch out because an Earth shattering split most likely is imminent.

Since transferring over from Hollywood in May, JustDoInMyThing has missed the quiniela just once, a span of 16 starts. That's consistency.

"Clifford" has taken Palm Beach by storm.  Huge fire out of the box and is your current Labor Day Puppy Stakes Tournament favorite.  Has to be the most appropriately named greyhound in history.

The other co-season champ with Ethel, the V6 power of Camry powered her way to 28 wins last season.  One of the only greyhounds here that can break from any box. Really became a star once she switched to the middle distance.

For the first time in forever, the top super sprinter here does not belong to Rader Racing.  Pepper cruised to four wins in five starts to end the month and a is a must play if he gets his favorite 1 box to fire from.

"Big Mac Attack" was one of the top rookies last season with 19 victories and is looking to build on that success into this year.  The Spring Puppy Stakes finalist is one of the fiercest competitors at the club and runs for an upstart, hungry Team.

Currently the best closer around.  The young phenom put together two of the most dramatic races of the month, coming back to win at the very last second for victories.  Look for "Beach" to be a force in the Puppy Stakes Tourney coming up in mid August for trainer Bob Dawson.

The veteran of 3 racing seasons is back. Palm Beach's representative in the National Championship last January, "Shorty" just came back from an extended vacation this summer and should get back to his dominant self heading into the Fall racing schedule. 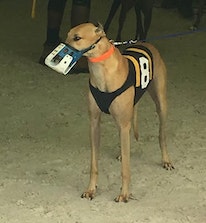