Prairie Meadows  in Altoona, Iowa will wrap up its 2016 Quarter Horse racing season in style on Saturday, October 15. The final card, which begins at 1:00 pm (Central), features eight stakes and purses in excess of $800,000. 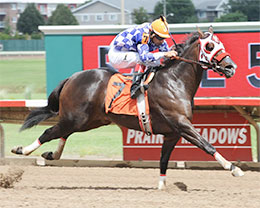 The richest race of the card is the $230,310 Valley Junction Futurity with the top ten qualifiers from trials contested on October 1. Mary Paintyourwagon, a daughter of top sire, Pyc Paint Your Wagon, was the fastest qualifier and will break from the rail under Jorge Torres. She has won four of her seven starts for trainer Stacy Hill, and ran a close second in the $152,000 Iowa Black Gold Futurity on September 3.

Trainer Jason Olmstead sends out three juveniles in the$157, 288 Jim Badger Futurity including morning-line favorite Cr Game Changer. The Game Patriot filly has run well at Canterbury Park before shipping to Prairie Meadows.  She posted the top qualifying time in her trial and reunites with jockey Brayan Velazquez in the 350-yard final.

Another feature which should be a highly competitive event is the $126,128 Polk County Derby, which will run as race four. Tom Lepic's homebred, The Fiscal Cliff, a colt by Pyc Paint Your Wagon is the one to beat. He won both the Jim Bader and Iowa Double Gold Futurity last year, and has run first or second in six of his seven starts as a 3-year-old. Trained by Kasey Willis, he posted the fastest qualifying time of :19.666 in trials on October 1, and will be ridden by Cesar Gomez.

The leading jockey, trainer and owner will be honored Saturday afternoon. Rider Jorge Torres has an insurmountable lead over Oscar Delgado, Josh Romero and Stormy Smith. In the trainer standings, Stacy Charette-Hill has seven more wins than Jason Olmstead with Charley Hunt currently in third. Thomas Scheckel will repeat as leading owner as the Iowa horseman has 16 wins heading into the final weekend with several stakes entrants competing on Saturday.

Enjoy the final day of the Prairie Meadows Quarter Horse season; looks like a great card! 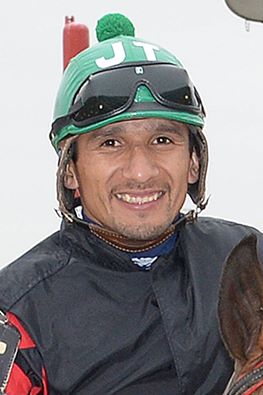