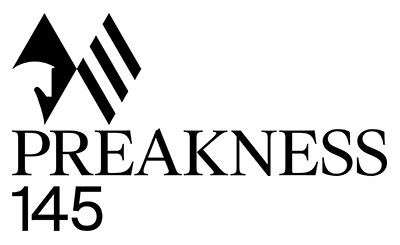 Unlike most years, the 2020 Preakness is the final race of the annual Triple Crown of horse racing, taking place in early October rather than mid-May due to the COVID-19 pandemic. Nonetheless, there is a great deal of excitement among the large field of worthy contenders aiming for this coveted prize of American horse racing. Find useful links and contender profiles for the 2020 Preakness below:

Video of the 2020 Preakness Stakes

Watch as Swiss Skydiver becomes just the sixth filly in history to capture the Preakness Stakes, and the first since Hall of Famer Rachel Alexandra won it all back in 2009.

Video of the 2019 Preakness Stakes

Watch as War of Will takes home the 2019 Preakness Stakes, but has much of the spotlight stolen by Bodexpress, who completes the full race without a jockey.

Video of the 2018 Preakness Stakes

Watch as Justify prevails over Good Magic following a wire-to-wire battle to capture the 2nd leg of the 2018 Triple Crown at Pimilico Race Course in Maryland.

Video of the 2017 Preakness Stakes

Watch the 2017 Preakness Stakes, as Kentucky Derby champion Always Dreaming battled with Classic Empire for the majority of the race, before Cloud Computing pulled ahead for an upset win.

Video of the 2016 Preakness Stakes

Check out footage of the 2016 Preakness Stakes, as jockey Kent Desormeaux notches sought revenge with Exaggerator, finally getting the wet track he loved!

Find notable historical records for the Preakness Stakes below:

A Brief History of the Preakness Stakes

The Preakness Stakes, also known as the second leg of the Triple Crown, is one of the most important and attended horse race in the sport’s history. Run every year on the third Saturday in May, the historic race is regularly the second most heavily attended race of year, typically only trailing the Kentucky Derby. In fact, 2016 was a record setting year for the Preakness Stakes, with 135,256 people came to the Pimlico Race Course in Baltimore to watch the pulse-pounding race.

The first running of the Preakness Stakes took place all the way back in 1873. Oden Bowie, the former governor of Maryland, named the race after the colt Preakness, who as a major underdog won the Dinner Party Stakes on the day Pimlico opened its doors in 1870. In it's infancy, the race struggled  to succeed and moved multiple times in the early years. In 1890 the race moved to Morris Race Course in the Bronx, New York. It failed to run for the following three years. The next race was held in 1894 at Gravesend Race Track on Coney Island, where it ran for a total of fifteen years. In 1909, the Preakness was brought home to Pimlico and it has been run here ever since.Originally run at 1 ½ miles, the race has been run at several different lengths before being set at 1 3/16th miles, where it has stayed since 1925.

Winners of the Preakness Stakes are honored by having their silks painted on the jockey and horse weather vane atop a replica of the Old Clubhouse cupola. Winning jockeys are presented with the famed Woodlawn Vase, and take home a half-sized replica for themselves (the original trophy is stored at the Baltimore Museum of Art). The winning horses are draped in a blanket of replica black-eyed Susans, the state flower of Maryland. The race is forced to use replicas because the race is run a full two months before the flower blooms naturally. Ironically, actual black-eyed Susans have never been used in the race fondly known as “The Run for the Black Eyed Susans"