Watching the Breeders' Cup World Thoroughbred Championships on November 4-5 will be challenging and hopefully profitable for horseplayers this weekend. It will also be filled with moments of tremendous pride and joy for the breeders, owners, trainers and jockeys that win the coveted stakes.

Such was the sentiment last weekend at Los Alamitos in Cypress, California for the 2016 Bank of America Challenge Championships. There were a mix of price horses and favorites winning the six featured Quarter Horse events, but each of the connections had very emotional moments in the winner's circle.

AJs High, a homebred 4-year-old son of Apollitical Jess trained by Charlton Hunt, earned his 10th lifetime stakes victory in the $350,000 Bank of America Challenge Championship (G1). He closed powerfully under regular rider Stormy Smith to edge the heavy favorite, BH Lisas Boy by a head. The Oklahoma-bred gelding earned a berth in the 440-yard, $600,000 Champion of Champions on December 10.

This was the third Bank of America Challenge final for Ajs High, who won the 2014 John Deere Juvenile at Prairie Meadows and qualified for the final of the Adequan Derby Challenge last year at Lone Star Park.  This year's race was his toughest test and he passed with flying colors.

"We've gone through so much with this horse; I am really choked up right now," said Hunt.

Owner and breeder Mike Teel celebrated with family and friends and was all smiles. 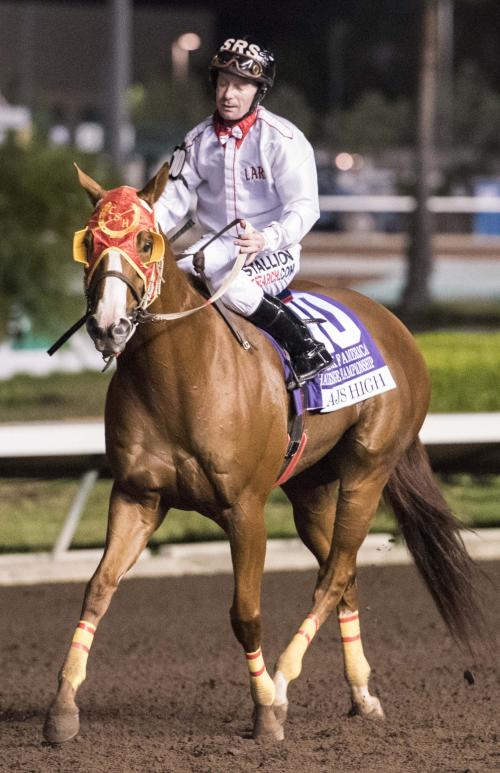 "This has been a team effort. Having him run in three Challenge races has been amazing," he said. "We owe a great deal to Charley & Stormy"

Owner and breeder Ron Hartley has had a tumultuous year. losing AQHA champion Moonist to colic last June. However, he was on hand to see his juvenile, Proud Eagle capture the $151,250 John Deere Juvenile Challenge Championship (G2).

Trained by John Cooper, the son of One Famous Eagle won the $428,000 Kindergarten Futurity earlier this year at Los Alamitos. Veteran rider Tony Guymon was the winning pilot.

"This is a very nice 2-year-old," said Hartley of One Proud Eagle. "To win the Kindergarten and come back later in the year takes a special horse."

"Of course we miss Moonist very much," Hartley said. "He was a once in a lifetime horse."

Good luck to everyone this weekend at Santa Anita; may they celebrate the same joy as their Quarter Horse counterparts!
Racing
Loading...