It’s the beginning of 2017, and many horseplayers have goals of improving their handicapping skills for the New Year. Picking winners in Quarter Horse or Thoroughbred racing is far from an exact science, but here are a few suggested elements for consideration.

American Quarter Horses can accelerate to speeds of 55 mph. Their speed index, or measurement of how fast they have run in previous races, is noted in past performances.  Imperial Eagle, the top-ranked 2016 AQHA 2-year-old, posted speed ratings in the 90’s in his stakes wins last year. Jessies First Down, who was one of the nation’s leading older horses, earned a career-high 105 rating last May in the Sam Houston Classic.  Generally, when comparing past performances, a horse with the highest speed will beat rivals with a lower number, providing he gets a clean trip! 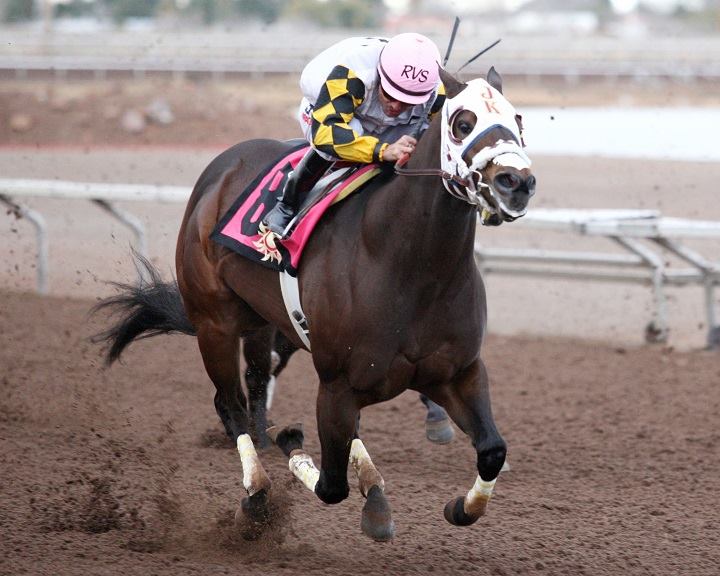 American Quarter Horses are sprinters, generally running distances of a "quarter" a mile (440 yards) or less. To win, they must break from the starting gate cleanly and run a straight path to the finish line. Watching race replays, or referencing trip notes is helpful to note whether a horses poor performance in his last race was a result of interference or a stumble out of the gate.  Many times, if a horse finished out of the money, their odds will be higher in the subsequent race, and an astute handicapping can cash a ticket at a nice overlay.

Studying horses in the post parade can be a valuable tool in picking a winner. Look for a horse with a shiny coat, nicely arched neck, spring in his stride and an alert, energized demeanor. Horses that are sweating profusely, bucking or exhibiting other nervous behavior may expend too much energy before the race to produce an optimal effort.

Statistics on pedigree are available on aqha.com and Equibase added up-to-date information on leading owners, jockeys and trainers for each Quarter Horse track. Just go to the Equibase homepage, click on the “Statistics” tab and the Quarter Horse stats appear directly below the Thoroughbred menu.

Good luck and may 2017 be your most profitable year!