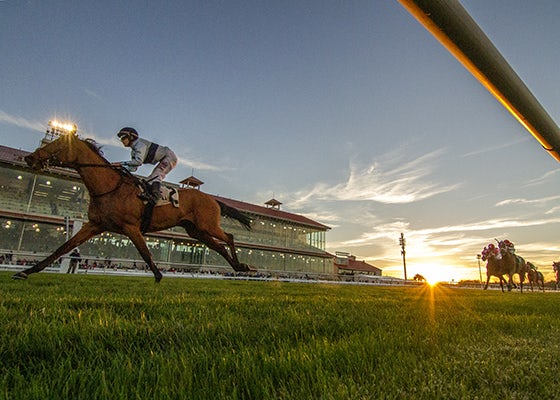 Race 2 kicks off an intriguing Pick 3, in which a couple high-percentage trainers will send out key contenders. The sequence should be winnable on a reasonable budget, but be sure to watch the weather forecasts—with rain on the horizon, there’s a chance the day’s grass races will be transferred to the main track.

With this caveat in mind, let’s dig in and tackle the Pick 3 that starts in the second race.

Veteran Louisiana-bred sprinters will dash 6 furlongs in this $5,000 claiming race, with multiple conditions for eligibility. In terms of Brisnet Speed ratings, the two oldest runners—7-year-old #7 Rushton Vow and 9-year-old #8 Madelyn’s Wild Max—appear to have the edge. We’ll plan on using them both.

Rushton Vow finished second at this track, class, and distance Dec. 13, his first start since the spring. It was also his debut for trainer Ron Faucheux, who strikes at a powerful 30% rate when saddling recent acquisitions for the second time.

Madelyn’s Wild Max doesn’t run at Fair Grounds often, but finished third at this track and class level in March. He enters off a game, runner-up effort against open $5,000 claiming company at Delta Downs and has the tactical speed to be a factor from the start.

Most of the runners in this 6-furlong sprint look pretty slow on paper, and only a couple have shown any significant tactical speed. #2 He’s the Souperwon finished second at this class level Dec. 19 and has been up on the pace in his last two starts, albeit while running long. His Brisnet Speed ratings are competitive, and his Brisnet E1 and E2 Pace ratings suggest he’ll seize the early initiative, but he hasn’t been as competitive sprinting and looms as a shaky favorite in his first start for trainer Greg Foley.

We’ll cover He’s the Souperwon with the first-time starter #1 Papajudgy (an unknown commodity in this weak field) and #5 Big Time Player (a $525,000 yearling purchase who is stepping down from the $30,000 level for trainer Wayne Catalano.)

There’s a chance this 1-mile turf test will be transferred to the main track. Such a change would make #10 Blunt Force the filly to beat. This 4-year-old daughter of Mucho Macho Man brings the best recent Brisnet Speed ratings and finished third over a sloppy track Nov. 22 at Churchill Downs.

That effort marked Blunt Force’s first start for hot trainer Tom Amoss, who is winning at a 31% rate at Fair Grounds this meet. Amoss strikes at a staggering 39% rate with runners making their second start off a claim. Saturday figures to be the day Blunt Force delivers a peak effort, especially with the addition of hot jockey James Graham. We’ll single her in the final leg of our Pick 3.