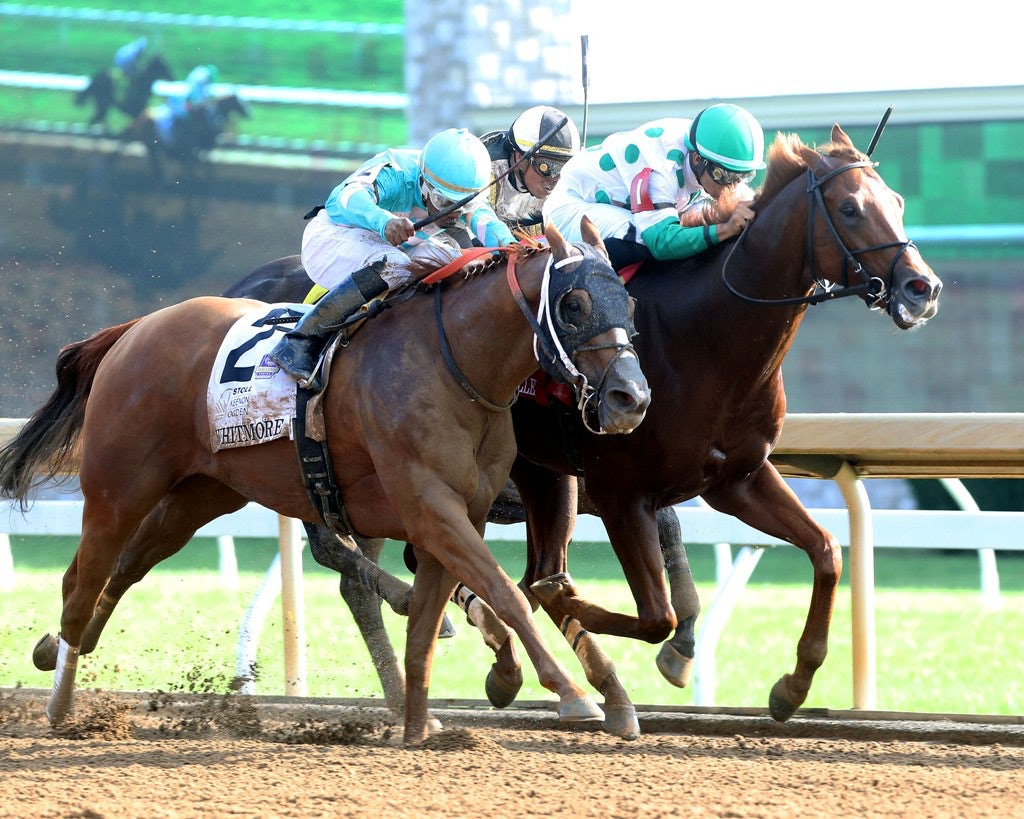 Nine runners. Eight stakes winners. Seven graded stakes winners. Four Grade 1 winners. One champion. Those are the characteristics that define the field for the $2 million TwinSpires Breeders’ Cup Sprint (gr. I) on November 3rd at Churchill Downs, one of the most wide-open and competitive races of the 2018 Breeders’ Cup World Championships.

Never mind that the nine-horse field represents the smallest field for any of the fourteen championship races—the Sprint more than makes up for its lack of numbers with an abundance of top-to-bottom quality and class.

The two favorites on the morning line odds are Roy H and Imperial Hint, who will square off in a rematch one year after finishing 1-2 in the 2017 Breeders’ Cup Sprint at Del Mar. But while Roy H is the defending winner—and indeed, the reigning Eclipse champion male sprinter—it’s Imperial Hint who looms as the favorite this time around after winning three straight races during the summer and fall, including the Alfred G. Vanderbilt Handicap (gr. I) and the Vosburgh Stakes (gr. I). Both of those races were held over the same six-furlong distance as the Sprint, and on both occasions, Imperial Hint crushed his rivals with remarkable ease and authority.

But Roy H has done little wrong this year either, and he enters the Sprint off a clear-cut victory in the Santa Anita Sprint Championship (gr. I), where he powered from just off the pace to prevail by 2 ¾ lengths. It was his second consecutive victory in the Santa Anita Sprint Championship, and just like last year, it should serve as a perfect prep to sharpen him up for the Breeders’ Cup.

Interestingly, Roy H will be joined in the Sprint by his stablemate and Santa Anita Sprint Championship runner-up Distinctive B, a former claimer with excellent early speed and a “catch me if you can” running style. His presence could potentially make things tricky for Imperial Hint, who prefers to race closer to the early lead than Roy H.

It could also make things tricky for Promises Fulfillled, the lone three-year-old in the field, though on the other hand Distinctive B could very well meet his match against this speedy son of Shackleford. After all, Promises Fulfilled has made a habit of running fast—very fast—in the opening furlongs of his races, even posting half-mile fractions of :43-and-change on a couple of occasions this summer. He’s also won three straight races, most notably claiming victory in the H. Allen Jerkens Stakes (gr. I) at Saratoga before defeating his elders in an exciting renewal of the six-furlong Phoenix Stakes (gr. II) at Keeneland.

The two horses who finished immediately behind Promises Fulfilled in the Phoenix—Whitmore and Limousine Liberal—are also in the Sprint field, and they boast eye-catching credentials. Whitmore has five graded stakes wins to his credit, including a victory in the Forego Stakes (gr. I) this summer, while Limousine Liberal is 6-for-8 at Churchill Downs and could be a true “horse for the course” specialist.

Warrior’s Club, winner of the Commonwealth Stakes (gr. III) this spring and runner-up behind Imperial Hint in the Alfred G. Vanderbilt, has the form to contend on his best day, while the experienced stakes winners Always Sunshine and B Squared complete the field.

The Breeders’ Cup Sprint is the seventh race on the card, with a post time of 2:46 p.m. Eastern. Check out the complete schedule of Breeders’ Cup races here!