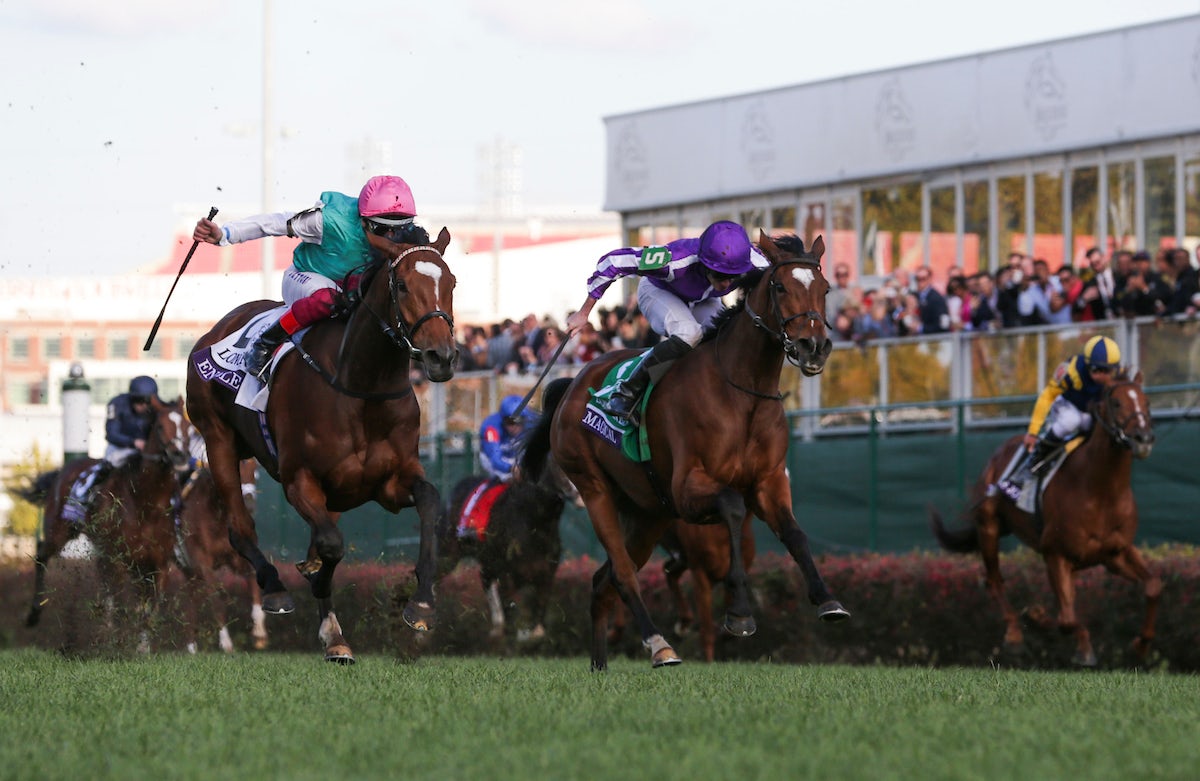 The second day of racing at brings the Prince of Wales’s Stakes (G1), arguably the most anticipated race of the meet, thanks to its high-quality international field.

Three other group stakes races support the Prince of Wales’s, with the Duke of Cambridge Stakes (G2) for fillies and mares my main interest from a handicapping perspective.

Let’s dig in and come up with a couple plays.

#8 Sea of Class will attract a lot of support in this 1 1/4-mile test. As a 3-year-old in 2018, the daughter of Sea the Stars came within a half-length of going undefeated in six starts. She won the Irish Oaks (G1) and Yorkshire Oaks (G1) before she came in second in the prestigious Prix de l’Arc de Triomphe (G1), where she was beaten a short neck by Enable.

Sea of Class has done her best running at 1 1/2 miles, and the Prince of Wales’s Stakes will mark her first start of the season. For these reasons I’m tempted to oppose her with a different 4-year-old filly, #7 Magical. Racing for the high-profile team of trainer Aidan O’Brien and jockey Ryan Moore, Magical was beaten less than a length by Enable in the 2018 Breeders’ Cup Turf (G1) and has gone undefeated in three group stakes this year, including a powerful triumph in the 1 5/16-mile Tattersalls Gold Cup (G1).
In the Gold Cup, Magical trounced 2018 Irish St. Leger (G1) winner Flag of Honour by seven lengths and put up a 121 Racing Post Rating, her third such figure from her last four starts. That’s the same rating assigned to Sea of Class for her runner-up effort in the Arc, so my money will be riding on Magical to prevail Wednesday.

Sir Michael Stoute has saddled 79 winners at Royal Ascot, including four triumphant runners in the Duke of Cambridge, and he has two strong chances to win the race this year with #13 Rawdaa and #17 Veracious. Rawdaa, with Frankie Dettori scheduled to ride, is cutting back to a mile following a career-best, runner-up effort in the 1 5/16-mile Middleton Fillies’ Stakes (G2) at York, where she was beaten just a neck by the talented Lah Ti Dar.

That performance has stamped Rawdaa as the favorite, but I actually prefer Veracious. The daughter of Frankel finished third in the Coronation Stakes (G1) over this course and distance last year and reiterated her high-class form with another third-place finish in the Nassau Stakes (G1). Whereas the Coronation marked Veracious’ 2018 debut, she’ll enter the Duke of Cambridge with a couple of prep runs under her belt, including a respectable third in the June 1 Princess Elizabeth Stakes (G3) at Epsom.

The Princess Elizabeth has been a key prep for the Duke of Cambridge in recent years, and if Veracious moves forward at Royal Ascot, she can contend for victory at a nice price. She already fits well in terms of Racing Post Ratings, and her fine run in the 2018 Coronation makes her appealing from a horse-for-the-course perspective.