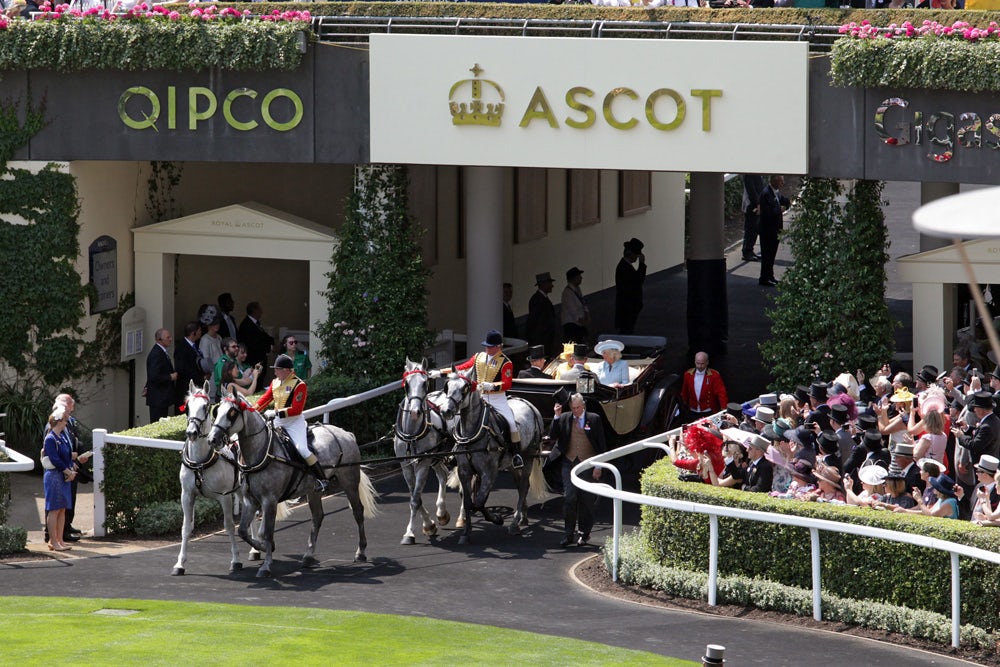 It’s been a fun run, but the five-day meet wraps up Saturday with one last stakes-filled card, highlighted by the Diamond Jubilee Stakes (G1).

To celebrate the final day of racing, let’s examine the three group races on the agenda and try to end the meet on a winning note.

#13 Space Blues has yet to compete in a group stakes race, but this Godolphin homebred son of Dubawi enters the Jersey Stakes in powerful form. His last two starts (both going seven furlongs, the same distance as the Jersey) have resulted in victories. First he rallied to a decisive triumph in a class 3 handicap at York and put up a 106 Racing Post Rating while conceding his rivals from 5 to 19 pounds. Then he unleashed another strong finish to claim the Surrey Stakes at Epsom by a neck with a 110 Racing Post Rating.

Trained by Charlie Appleby, Space Blues’ rising form stamps him as the horse to beat in the Jersey. He’s facing a fairly uninspiring field overall—a mixture of colts and fillies with just one group stakes winner among the 18 entrants.

I’ll bet Space Blues to win and key him in the exacta with a few other logical contenders, primarily #15 Urban Icon, who competed in the QIPCO Two Thousand Guineas before he finished second behind Space Blues in the Surrey.

#3 Masar is the horse to beat on paper in the 1 1/2-mile Hardwicke Stakes. Last year the son of New Approach defeated the likes of Dee Ex Bee, Roaring Lion, Saxon Warrior and Kew Gardens to win the Epsom Derby (G1) by 1 1/2 lengths with a 122 Racing Post Rating.

Unfortunately an injury sidelined Masar after the Derby, and the Hardwicke will mark his first start since his Epsom victory. With the long layoff in mind, I’m hesitant to play Masar at a short price, especially since he’s stepping outside his own age group for the first time.

Instead I’ll support #2 Defoe and #1 Communique. Defoe, an improving 5-year-old trained by Roger Varian, fired off a career-best effort in the 1 1/2-mile Coronation Cup (G1) at Epsom three weeks ago, when he rallied to defeat the classic winner Kew Gardens with a 122 Racing Post Rating. Communique could only finish fourth in the Coronation Cup after he set the pace, but two starts back he edged Defo with a frontrunning effort in the 1 1/2-mile Jockey Club Stakes (G2) at Newmarket. Communique could be dangerous if left alone on the lead.

#14 Sands of Mali isn’t the most consistent horse in training, but he certainly loves Ascot. He missed by just a half-length when second in the 2018 Diamond Jubilee and came back in the fall to defeat a deep field over soft ground in the British Champions Sprint Stakes (G1). With a third-place finish at Hamilton 16 days ago serving as a prep, Sands of Mali should be ready for a peak effort in his Ascot return, and he will be racing with a tongue tie for the first time.

Since Sands of Mali should offer a nice price, we’ll restrict our play to a large win bet.