There's a lot of races coming up that could affect who starts in this year's Breeders' Cup event at Keeneland on Oct. 30 and Oct. 31. Arlington Park hosts one of the top turf races of the year, the Arlington Million, on Saturday, August 15. The race could determine this year's favorite in the Breeders' Cup Turf. Saratoga and Del Mar have their biggest days of the Summer Racing Season coming up with the Spa hosting three-year-olds in the Travers Stakes and Del Mar hosting three-year-olds and up in the Pacific Classic. The Pacific Classic is on Aug. 22 this year while the Travers will be run on Aug. 29.

Even though there is so much racing to be done before the Breeders' Cup, a lot of owners and trainers are already planning for next year's Kentucky Derby. Churchill Downs just

released the 2015-2016 Road to the Kentucky Derby Series. There are a total of 35 races. Trainers like Bob Baffert and Todd Pletcher are already thinking about the two-year-olds in their barn and considering the best path to get those two-year-olds to the Run for the Roses.

American Pharoah's success at winning the Triple Crown  this year could cause more aggressive schedules from trainers like Pletcher, Steve Asmussen, and even someone like Chad Brown who is likely to start seeing excellent two-year-olds in his barn due to his success training older horses. The reason for this likely has to do with the late-blooming 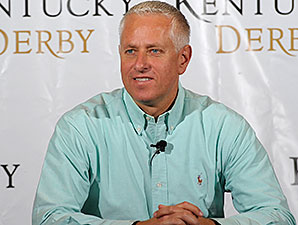 Triple Crown chances of horses like Materiality, who became Todd Pletcher's best chance at a Derby victory, but did not have the seasoning to pull off a Top 3 finish in the Run for the Roses. Winner American Pharoah had raced 5 times per the 2015 Kentucky Derby past performances. Dortmund, who finished third, had raced 6 times, and Firing Line went into the First Saturday in May with 5 races on his resume.

Materiality had raced only 3 times going into the Derby. He won his maiden race in January. Materiality didn't have what many horseplayers refer to as a bottom. He didn't have the seasoning 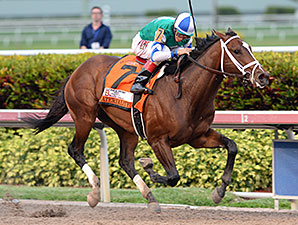 Bob Baffert and American Pharoah have shown the formula to win the Kentucky Derby and possibly the Triple Crown. It's 3 races as a two-year-old to create a bottom and 2 races as a three-year-old. There are only 10 races on the Road to the Kentucky Derby in 2015. Expect to see an accelerated schedule for many of the top two-year-olds once September hits.
Racing
Loading...