At Southland on Friday evening it will be the running of the 2015 FESTIVAL OF STAKES Finals and what a tremendously exciting and entertaining 18 races we should have. This stakes contest started on Oct 16 and featured over 300 greyhounds who were entered and now this field has been cut to those running tonight as we have 9 Consolation and 9 Championship Finals on tap in each division.  This FESTIVAL OF STAKES tournament has been highlighted by some incredible battles as these very talented greyhounds have been going paw to paw in their quest for a championship title. As some of you who read my Southland preview blogs know, at the start of each stakes contest I select the 8 greyhounds that I believe have the best chance of reaching the finals. I do this in each division and then I update the progress of my picks as the contest runs its course. Listed below were my picks for this FESTIVAL OF STAKES and whether they have been eliminated or if they made the consolation or the finals along with the race and which box they start from. I will recap the results this weekend. Best of luck to each of the greyhounds running Friday evening and to their connections as well. It should be one incredible evening at Southland so get ready to enjoy championship racing at its best. . Please remember that BETAMERICA is always available for those of you looking for wagering opportunities online. Good luck to everyone and thanks for reading. 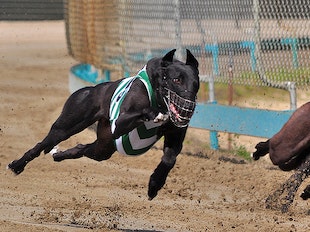