Welcome to the Southland recap of our recently completed study of greyhounds who drew the same box at least three times in a row. As most of you who follow the Southland preview blog may know, from time to time I like to go outside the box to try and give different viewpoints and perspectives of greyhound racing. Over the past twelve days I have been concentrating on greyhounds on the program that drew the same box at least 3 times in a row to see how they would do and if that would give them any extra edge that the wagering public might could use to their benefit. This unscientific study included schooling races so if a greyhound had the same post position in a schooling contest and then drew that same box in an official contest it counted for this study. I based the MoneyMaker Mike selections on that criteria and here is the recap. I have listed the results as well as some observations that stood out to me. Good luck to everyone and thanks for reading.

From September 3 to September 13, there were 30 greyhounds at Southland that fit the criteria having drawn the same box for at least three times in a row. These included races in different grades as well as at different distances. Here is the breakdown of those results.

All 4 wins came at the 583 yard distance No wins came in Grade AA or Grade A The Grade AA best finish out of the six races was 4th Grade A did have top 3 finishes in five of the six races Grade M had 2 of the 4 wins along with a 2nd and 3rd place finish for a total of 4 money finishes in 5 races Of the 20 races at the 583 yard distance, there were 11 top three finishes Of the 10 races at the longer distances, there were 4 top three finishes The most noteworthy observation to me, and quite surprisingly as well, was the fact that 15 of the 30 greyhounds who had drawn the same box three times in a row finished in the money which made for a nice 50% rate. The inside boxes overall did do better then the outside boxes when it came to in the money finishes although two of the four wins did come from the 7 box. I do believe it's worth taking another look at so I'll be watching for greyhounds that draw the same box at least 3 times in a row a little bit more carefully. 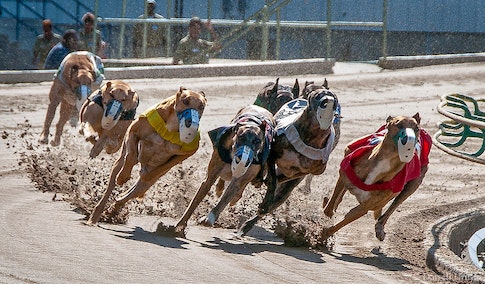