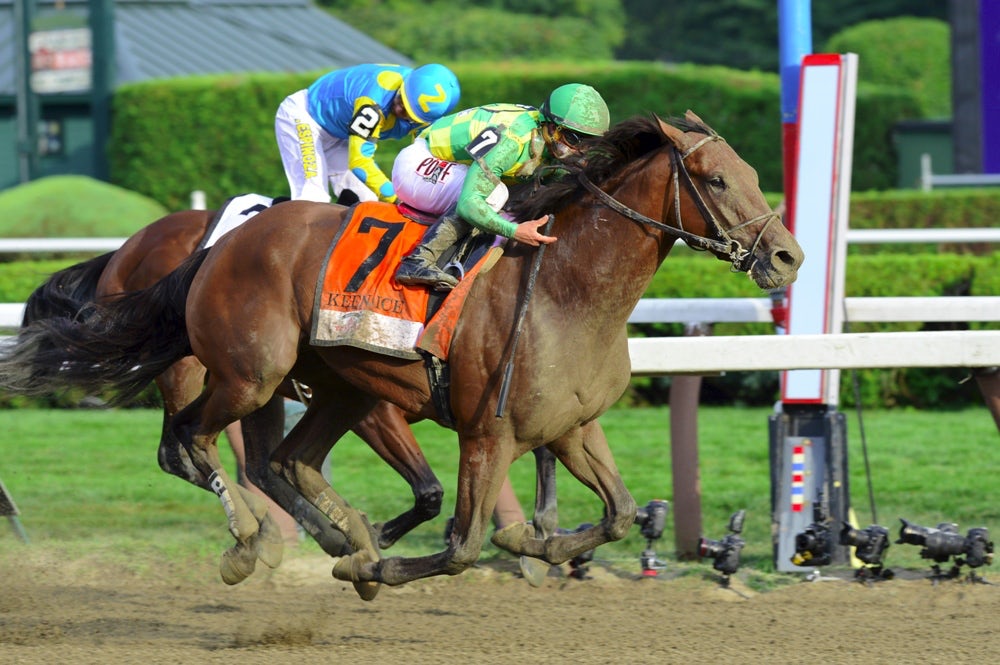 Constructing a Pick 3 ticket should be an easy task. The wager is straightforward and simple—pick the winners of three straight races and reap a nice reward.

But to play the Pick 3 effectively involves a little more forethought and strategy. With dozens (hundreds?) of Pick 3 sequences to choose from on any given day of racing, how do you maximize your chance of landing a lucrative payoff? These three simple steps can help you sort through the options and play savvier Pick 3 tickets.

Identifying a series of races with potential is the first step to cashing a Pick 3 ticket. That all-stakes Pick 3 at Saratoga might be the wager everyone’s talking about, but if you don’t have an opinion in any of the races, it’s hard to come up with a sound play. It’s wiser to look for a lower-profile sequence involving races where you have an opinion. Maybe you love an 8-1 shot stepping up in class. Or maybe you believe a 6-5 favorite is a “can’t-lose” proposition. Either option is a viable opinion to build your ticket around.

Once you’ve chosen a sequence, it’s time to start thinking about budget. Many tracks offer Pick 3s with a 50-cent base wager amount, but you can play the Pick 3 for higher denominations—$2, $5, etc.—to increase your profits on a winning ticket. If the fields are small, this can be a useful approach, since the payoff for the minimum bet amount is likely to be low. For Pick 3 sequences involving large, competitive fields, payoffs are likely to be higher, so the base amount might be all you need to play.

But budgeting a Pick 3 isn’t just a question of choosing the base amount. It’s also a question of how deep you want to spread in each leg of the sequence, which brings us to…

It can be easy to spend more than you intend on a Pick 3, which will cut into your profit margins. Calculating the cost of a Pick 3 ticket is easy enough—just put together a multiplication problem involving the base wager amount and the number of horses you’ve included in each leg. Want to play a $2 Pick 3 with three horses in the first leg, one runner in the second leg and four horses in the third? The cost is 2 x 3 x 1 x 4, or $24.

Now imagine you’re playing a $1 Pick 3 involving an even-money favorite in the first leg. You confidently single this standout runner, then spread deep with four runners in the second leg and five runners in the third, spending a total of $20.

As you watch in excitement, you survive each leg to cash the Pick 3. Hooray! But then you realize favorites won the second and third legs, and the $1 Pick 3 payoff is just $27. Betting $20 to win $27 isn’t very lucrative—wouldn’t you have been better off betting $20 to win on the even-money favorite for a return of $40?

If you want to capitalize on a short-priced favorite in a Pick 3, it’s better not to spread deep in the other two legs. It’s wiser to play the sequence narrowly (for example, playing a 1 x 2 x 2 sequence for $4 instead of a 1 x 4 x 5 for $20) or look for a different sequence offering greater potential for a nice payoff.

Continuing on our previous train of thought, a heavy favorite might seem like a “free square” in the sequence, but keep in mind such runners are often overbet in multi-race wagers like the Pick 3. Since everyone feels inclined to include the favorite, payoffs involving short-priced winners tend to be depressed.

Trying to beat heavy favorites is a riskier approach, but if you focus on favorites that appear vulnerable—maybe they’re tackling a new distance or coming off a fast, grueling race—you’ll be in line to cash some big payoffs.

By keeping these tips in mind, you can improve your Pick 3 wagering strategies and increase your chance of generating a profit. Good luck with your wagers!
Racing