The Contest "At Bat"

In the sport of baseball the term “AT BAT” (AB) is used, in its simplest form, to describe the action of a batter facing a pitcher during the course of the game. It is generally believed that the more “AT BATS” a particular hitter accumulates during the course of a season the better it is. To break the concept down even further, the more times the hitter gets an opportunity to bat the better the odds of him getting a hit and hopefully a home-run. Now I am sure you are asking yourself, what does this have to do with handicapping contests and contest play in general ? Well, let me tell a story to explain.

Not too long ago I was contacted on twitter by a good friend and “newer” contest player who was looking for advice on what to do in a particular situation he encountered during a contest he had played in recently. He asked “Sniper..... I was in a smaller contest and I was in 3rd place with 1 race to go. I strongly believed that one of the top 3 betting choices will win the race. If you were in that situation how would you play it ? Would you play for the win or save your position ?”

I paused for a moment and immediately thought about what the top players would do in such a situation. Then I thought about what I would do in that exact situation. I then recalled my experience from earlier contests. I was in a similar situation as my fellow contest player. I was in 4th place with 1 race to play and had an great opportunity for a great score. I opted to go for the 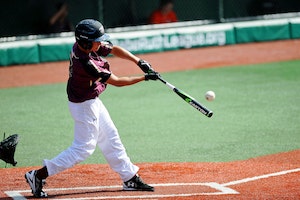 win and chose an 8-1 first time starter. Well, my horse finished near the back of the pack after encountering trouble and the betting favorite won the race. The top 3 players played the favorite and held their positions while I lost a place and finished 5th with a modest cash prize.

After recollecting that particular experience, I advised my buddy that it is really personal as to what one would do in end game situations. I would go for the gold every time because I am there to win and win only. I am very comfortable with what I did and would do that 100% of the time win or lose. That type of mentality may not suit everyone and their philosophy of contest play. I advised him of the risks and rewards and in some ways there really is not a “right” way to play in those situations. It is all about comfort level with the decision and being able to live with that decision despite the outcome.

After giving the advice, the next day I was feeling pretty uneasy about the advice I gave. I felt like I did not give him the complete answer to his question and I failed to give him the view of the larger scope behind his question.

Essentially I did not take into account the fact that he had, what I referred to earlier, an “AT BAT” during the contest. He played himself into that spot and allowed himself the opportunity to win it. In a way, although some may disagree, being in that position and having that dilemma may have been more important than the decision that was made for the final race of the contest. The concept of the contest “AT BAT” is really what this game is about and should never be lost when preparing for and even when actually playing in contests. Just like with hitters in baseball, the more contest “AT BATS” a player has the higher his success rate will be in the long run.
Racing
Loading...