The Great Russell Baze Has Retired 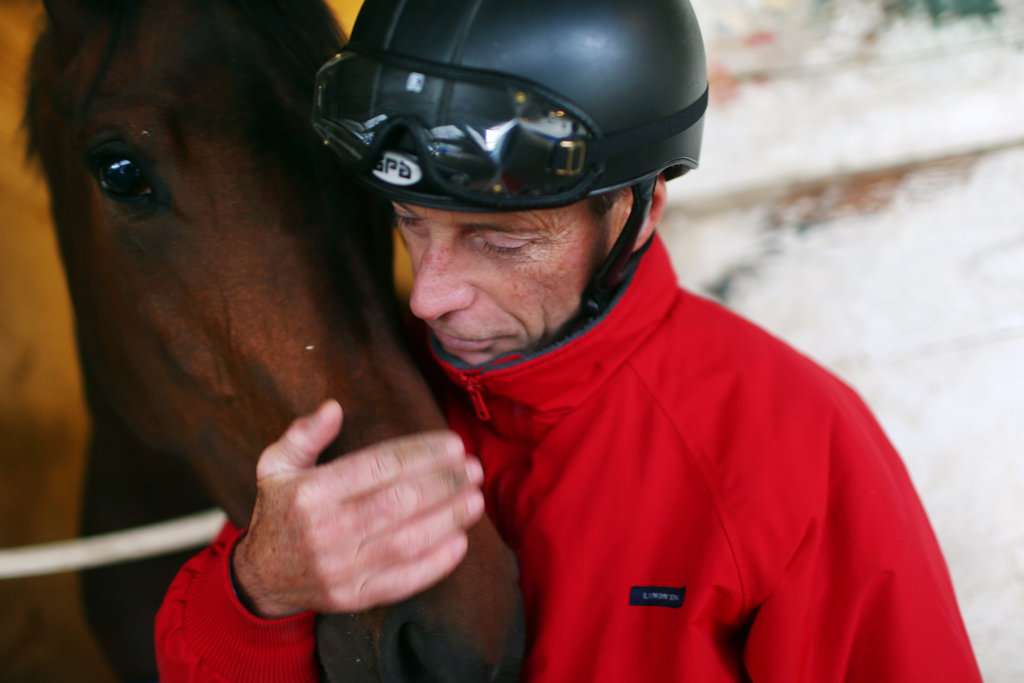 04/24/13, ALBANY, CA-Russell Baze kissed a horse named at a barn at Golden Gate Fields. He said, "How could you not love thisÇƒ∂" (*EDN: Exact quote and the horse's name to be followed.) Photo Credit: Chang W. Lee/The New York Times Assignment#: 30141903F

The great Russell Baze has decided to hang it up. According to DRF, Baze told his agent Ray Harris this past Sunday night, June 12, that he was done after riding in the 10th race at Golden Gate. Baze finishes his career with 12,842 wins. That's the most of any jockey in the history of horse racing. Baze had 53,578 mounts during a career that spanned an incredible 42 years. His mounts won $199.3 million.

For us West Coast horseplayers, it's hard to imagine Golden Gate running races without Russell Baze. I still remember good old Bay Meadows. If Baze was on the horse, I could find attractive prices for other horses in the race. That's the type of attention that Baze always demanded. Because of Baze's legacy in thoroughbred racing, he entered the National Museum of Racing and Hall of Fame in 1999, I thought it important to celebrate 3 of the most memorable horses that Russell rode.
Lost in the Fog - Trained by Greg Gilchrist, Lost in the Fog started out his career by winning his first 10 races. Some of his wins included the Grade 2 Carry Back Stakes at Calder and the Grade 1 King's Bishop at Saratoga. Going off as the 70 cents on the dollar favorite in the 2005 Breeders' Cup Sprint, Lost in the Fog, under Russell, couldn't hang on after running a half in :44.56. He ended up finishing 7th. In 2006, Lost in the Fog won the Aristides Breeders Cup Handicap before finishing 9th in his final race, the Smile Sprint Handicap at Calder. After a biopsy, they found a cancerous tumor the size of a cantaloupe on Lost in the Fog's spleen. He was euthanized on September 17, 2006.

I believe that Lost in the Fog was the greatest horse that Russell Baze ever rode. Russell rode him the way that he often rode horses, strong and fast.Russell was aboard every single one of Lost in the Fog's races save for the Riva Ridge. Edgar Prado rode Lost in the Fog to his Riva Ridge win. There was something special about the relationship that Russell Baze had with Lost in the Fog. The two will forever be linked in the minds and hearts of horse racing fans.
Hawkster - Gary Stevens ended up winning the 1990 Hollywood Turf Cup with Hawkster. In the 1989 Oak Tree Invitational Handicap, Pat Valenzuela called in sick, which is why Russell Baze took the call. He didn't disappoint. Russell, knowing that he was on the lone speed, rushed Hawkster to the front. Pay the Butler with, ironically, Gary Stevens aboard, made a mad rush to get to Hawkster in the lane. It wasn't enough.