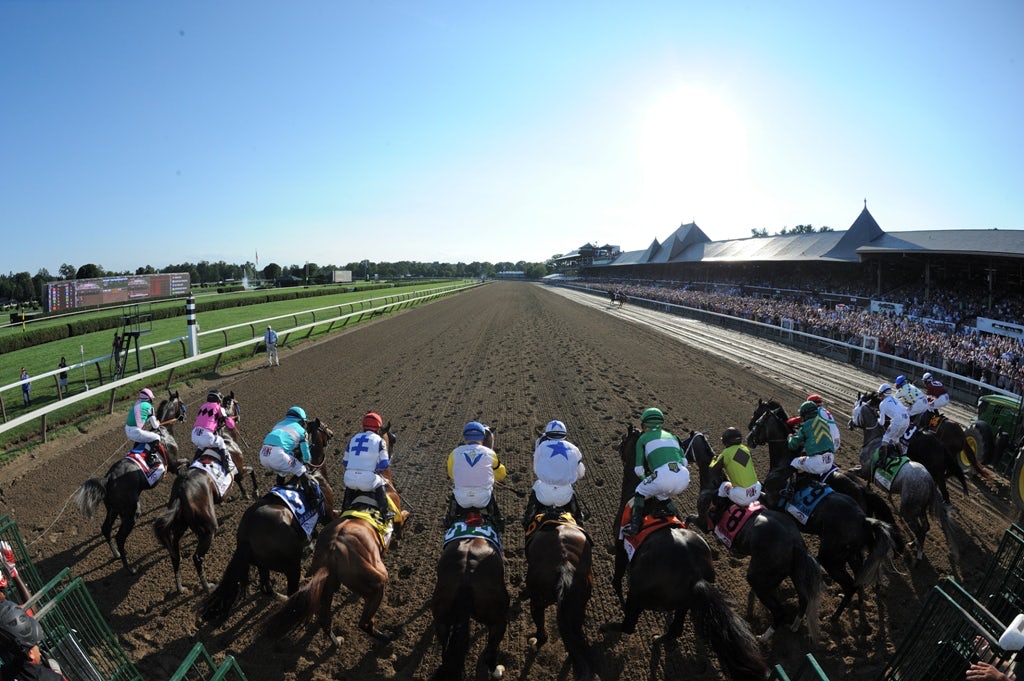 Summer may have officially arrived in June, but for horsemen, racing fans, and bettors, the season doesn’t truly begin until the annual summer meets at Del Mar and Saratoga open for business in mid-July.

Both meets are packed with rich stakes races that are expected to attract some of the most accomplished runners in the nation, as well as some of the most promising two-year-olds with 2019 Triple Crown aspirations. We’ve already covered the highlights of the Del Mar stakes schedule, so now let’s take a look at Saratoga and see what the fabled “Graveyard of Favorites” has in store for us this summer….

Veterans of the Triple Crown trail figure to be very active during the Saratoga meet, starting with the $600,000 Jim Dandy Stakes (gr. II) on July 28 before all eyes turn to the $1,250,000 Travers Stakes (gr. I) on August 25, a race often referred to as the “Midsummer Derby.” Expect to see the Kentucky Derby, Preakness, and Belmont Stakes runners-up Good Magic, Bravazo, and Gronkowski in action for the Travers, while former Triple Crown aspirants with an eye on cutting back in distance—such as recent Dwyer Stakes (gr. III) winner Firenze Fire—could be seen in the $500,000 H. Allen Jerkens Memorial (gr. I) going seven furlongs on August 25.

If you want to get an early look at major contenders for the Breeders’ Cup Classic, look no further than the $1,200,000 Whitney Stakes (gr. I) on August 4 and the $750,000 Woodward Stakes (gr. I) on September 1, a pair of nine-furlong events that could attract such accomplished runners as Jockey Club Gold Cup (gr. I) winner Diversify and Alysheba Stakes (gr. III) winner Backyard Heaven. Last year, future Horse of the Year Gun Runner swept both races during a memorable season that culminated with glory in the Breeders’ Cup Classic.

If you like a bit of jumping action to go with your flat racing, Saratoga has you covered with a handful of stakes races over the steeplechase course. There’s a good chance you’ll see a former, current, or future Eclipse Award winners in either the July 26 A.P. Smithwick Memorial Steeplechase Handicap (gr. I) or the August 23 New York Turf Writers Cup (gr. I), two of the most prestigious races on the U.S. steeplechasing circuit.

The complete Saratoga stakes schedule can be viewed on the New York Racing Association website. Which races are you most looking forward to?
Racing