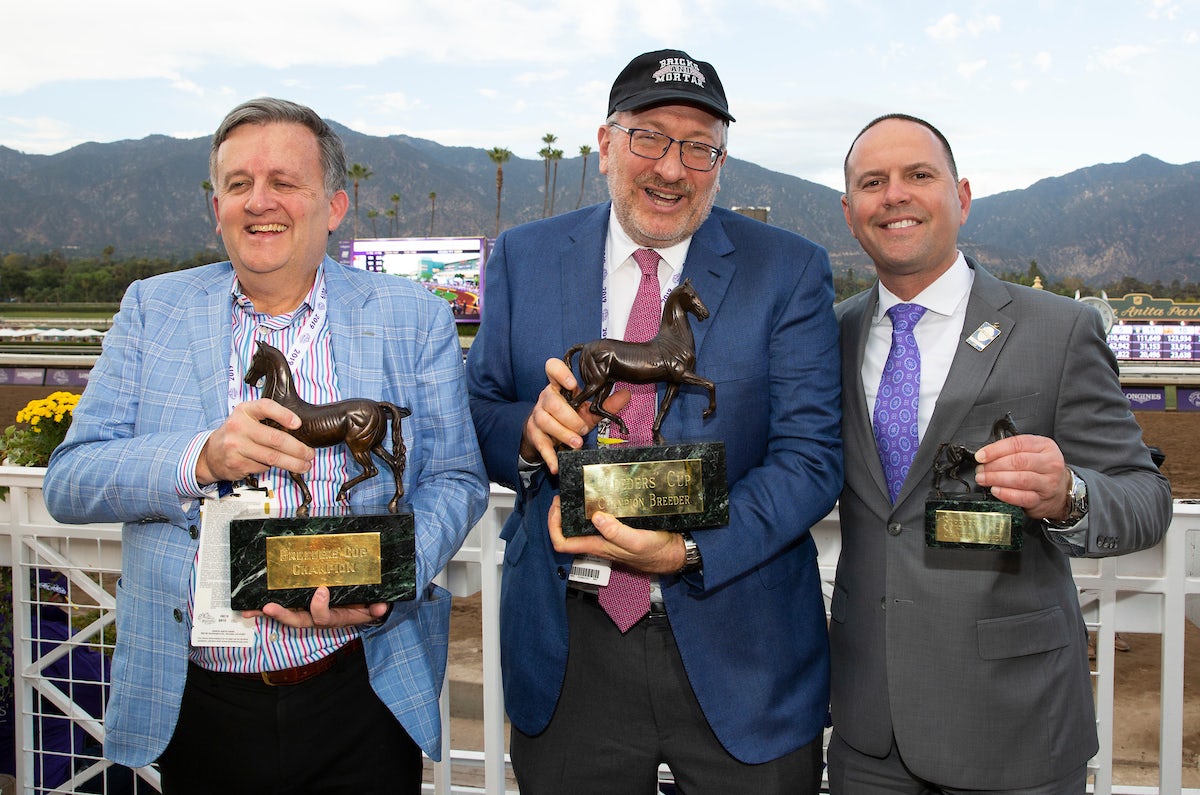 Who will win the 2019 Eclipse Award for outstanding trainer? There are plenty of accomplished candidates to choose from, a testament to the quality of racing (and training) in 2019.

Chad Brown, who has won the last three titles, will be favored to win his fourth straight January 23. But the award features three finalists, and the battle for the remaining two spots will be competitive. A large group of successful trainers will be in the mix.

Let’s review the achievements of the top five trainers of 2019 by earnings, usually the best metric for determining overall success at the highest level of the sport.

(All data as recorded by Equibase.com through December 26)

With 20 grade 1 wins in 2019, Chad Brown dominated the high end of racing in 2019, particularly on turf. Five of those top-level triumphs came courtesy of Bricks and Mortar, whose victory in the Breeders’ Cup Turf (G1) cemented his status as the favorite for . Brown also saddled Uni to win the Breeders’ Cup Mile (G1) and Structor to claim the Breeders’ Cup Juvenile Turf (G1). His win rate was among the highest of the season.

Compared to Brown and Asmussen, Pletcher had a quiet year, with just two grade 1 victories to his credit. But those top-level triumphs came courtesy of Vino Rosso, who enjoyed success in the Breeders’ Cup Classic (G1) and Gold Cup at Santa Anita (G1) to make a run at the Eclipse Award for champion older dirt male. Pletcher also enjoyed international success in 2019. He saddled Coal Front to win the Godolphin Mile (G2) in Dubai.

A rising star in the training ranks, Cox won five grade 1 races in 2019 and nabbed a pair of Breeders’ Cup victories with Covfefe (Filly & Mare Sprint) and British Idiom (Juveniles Fillies). Both Covfefe and British Idiom are expected to win Eclipse Awards in their respective divisions, so Cox should match Asmussen with a pair of champions in his stable.

Although Casse failed to saddle a Breeders’ Cup winner in 2019, he more than compensated by winning two-thirds of the Triple Crown with War of Will (Preakness Stakes) and Sir Winston (Belmont Stakes). Two of his five grade 1 wins this season were posted by Got Stormy, the runner-up in the Breeders’ Cup Mile and a contender for champion turf female honors at the Eclipse Awards.

Who would receive your vote for outstanding trainer?
Racing