The Beautiful Belmont Park Race Track was founded in 1902 and was modeled on the great horse race courses of Europe. Big Sandy - as Belmont Park is known - is home to the third jewel of the Triple Crown: the Belmont Stakes. Opened in 1905 and renovated between 1963 and 1968, the Nassau County track has hosted some of horse racing's greats: including all 11 Triple Crown winners (Secretariat, Seattle Slew, Affirmed, Sir Barton, Gallant Fox, Omaha, War Admiral, Whirlaway, Count Fleet, Assault, and Citation). Belmont has also been home to some non-racing history: the Wright brothers staged an international aerial competition in 1910 and 1918 saw the facility used as the terminal for the first airmail service between Washington D.C. and New York.

Things to Do at Belmont Park New York 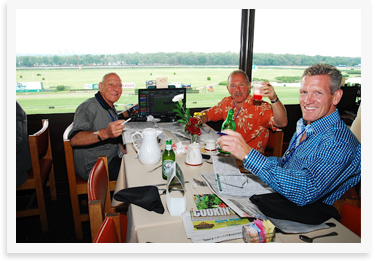 The Garden Terrace Dining Room is a great spot to watch and bet on the horse races with the best view in the park.